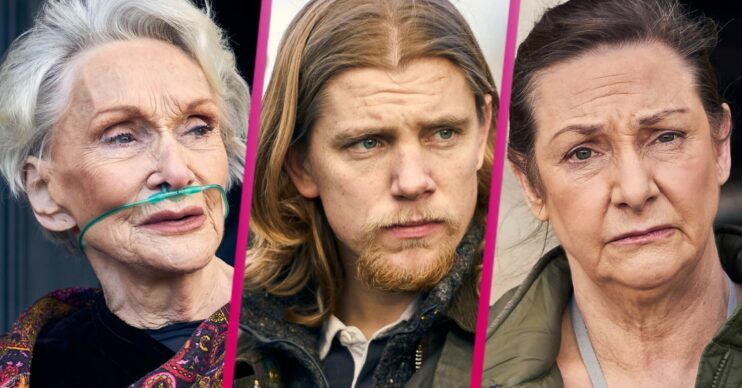 Silent Witness Matters of Life and Death cast: Who stars in episode nine of series 24?

Silent Witness continues this week with the last two instalments of series 24 – and episodes nine and 10 don’t disappoint with the cast.

In the series finale, Nikki and Jack investigate a suspicious death at an expensive care home.

So who is in the cast of Matters of Life and Death?

Mary works at the care home where one of the residents dies in suspicious circumstances.

TV viewers will undoubtedly recognise actress Pauline from her role as Mrs Doyle in the C4 sitcom Father Ted.

The 59-year-old Irish actress has also played Libby Croker in the comedy drama Shameless, Tip Haddem in the BBC One comedy Jam & Jerusalem and Mum in GameFace.

Soap fans will know her as Yvonne Cotton in the BBC soap EastEnders, a role she played from 2014 to 2015.

Siân Phillips portrays Beattie Elleston, a resident in the care home in which a dead body gives everyone cause for alarm.

Welsh actress Siân, 88, will be well known to TV fans.

The Dame has been on our TV and cinema screens, as well as on stage in the theatre, since 1958!

Siân Phillips portrayed the tarantula mother/empress Livia in the classic BBC miniseries I, Claudius in 1976, for which she won a BAFTA award.

She famously played Reverend Mother in the science fiction epic film Dune in 1984.

The actress has also played Mrs Driver in The Borrowers, and has more recently appeared in Strike, New Tricks and Casualty.

She portrayed the fierce Judge Owens in series three of Keeping Faith.

The actor, 71, is known for his work across film, TV and theatre.

On television, he has portrayed killer Michael Hennessy in the very first episode of Cracker.

In Rome, he played Posca, the personal slave of Julius Caesar.

He has also played Joseph Novak in Foyle’s War, Nicholas Hilliard QC in Quiz, and Matthew Denning in The Living and the Dead.

He played the lawyer, Thoyt, in the BBC One 2017 television drama series Taboo opposite Tom Hardy.

On film, he’s portrayed Dr Hall in Bond movie Skyfall, Dalton in John Carter, and Dr Darling in The Avengers.

The 36-year-old actor will be well known to fans of Emmerdale!

Ryan is most famous for his portrayal of Robert Sugden in the ITV soap from 2014 to 2019.

Before joining Emmerdale, he’d appeared in small roles in Doctors, Survivors, The Royal and Titanic.

This is his first TV role since leaving the soap.

Genesis plays the talented forensic ecologist who has joined the team – and proves to be just what they need.

Nikki and Jack asked Simone to help them solve the tricky murder of a promising boxer last week.

However, Simone questioned whether her skills were the right match for the team at The Lyell Centre.

But her unique skills and lively personality proved to be exactly what the team needs.

Casualty fans will recognise actress Genesis Lynea from her short stint in the ED as Archie Hudson.

Bermudan-born Genesis then appeared in the Netflix fantasy drama, Shadow and Bone as Natacha.

Silent Witness Brother’s Keeper – who else stars in the cast?

Nikki’s students make an alarming discovery while dissecting a body donated for their training.

The case that follows brings Nikki close to a student, stirring dangerous feelings.

Meanwhile, Jack and Simone investigate the care home where the victim died, but find themselves fighting to keep the residents alive when a diverted river floods the area.

Are you hoping Nikki and Jack get together in Silent Witness? Leave us a comment on our Facebook page @EntertainmentDailyFix.