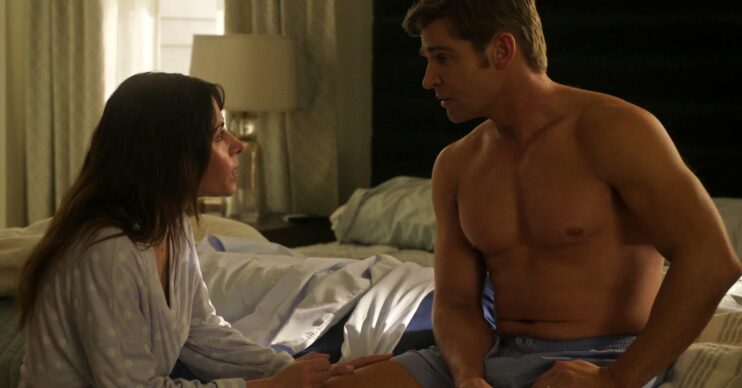 Sex/Life on Netflix: What is the book which the series is based on?

Author B.B. Easton has a warning for viewers!

Sex/Life has taken the world by storm, and the book it’s based on is set to do the same.

The comedy-drama is based on B.B. Easton’s book, Sex/Life: 44 Chapters About 4 Men.

However, in a world of bingeing, some viewers have already finished the series.

To make matters worse, they’ve almost finished the book too.

But wait, all is not lost! It turns out Sex/Life isn’t just based on one book.

How many Sex/Life books are there?

44 Chapters About 4 Men, Sex/Life became such a hit that it spawned multiple spin-off titles.

There’s also now a novel focused on each of the author’s ex-boyfriends.

That’s right, you can now delve even deeper into the twisted, raunchy lives of some of your favourite characters.

Read More: Sex/Life on Netflix: As Adam Demos flashes his penis, 5 other streaming shows with nudity

The books are called, Star, Speed, Skin and Suit and available to buy now.

What’s more, season 2 of Sex/Life is no doubt bound to use them as inspiration.

What does Sex/Life book author B.B. Easton think about the Netflix show?

The Netflix series is far from a faithful adaptation of the novel. In fact, it changes some core details.

However, while that would bother some authors, B.B. Easton doesn’t mind at all.

“All of the changes Netflix made were really done with the audience in mind,” she told The Telegraph.

“Like, how are we going to make this the best, most shocking, most relatable, wildest ride of a TV show possible? And Netflix knew the best way to do that was bringing the ex-boyfriend into the present-day situation.”

However, she warns that the depiction in the Netflix adaptation of her relationship should not be tried in real life.

She added: “As the viewer, you want to see them hooking up in real-time. So I thought it was a brilliant decision. But in real life? Not a good idea.”

Meanwhile, fans around the world are asking if there’s going to be season 2? Here’s everything we know so far.

Sex/Life is available to stream on Netflix now. You can buy the books on Amazon.