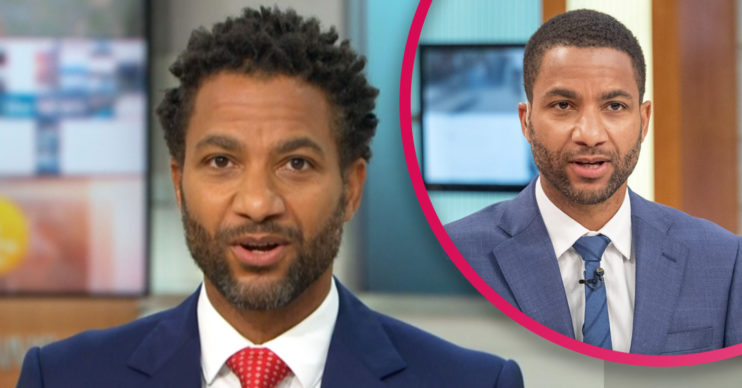 The GMB presenter grew his hair during lockdown – and the reaction on Twitter took him by surprise.

Sean Fletcher gets emotional on GMB

The Good Morning Britain host explained that he had shaved his hair short for more than 20 years.

He feared that his natural locks didn’t look smart enough for TV.

Sean said: “I’ve had my hair short ever since I’ve been on telly.

“My hair was always long but when I joined the BBC in the late Nineties and was on screen, there was something in me that made me think do you know what I need to be a bit smarter.

“I mean, I actually don’t think this is not smart – it’s just different.

“And if people don’t think this is smart, it’s because they don’t see this hairstyle on air.

“It’s my role to put this out there and I’m going to keep growing it.”

Sean went on to reveal he did not expect the reaction he received on social media.

The presenter admitted he was left feeling emotional by some of the messages sent in by fans.

He said: “I have to read this [message] out, ‘Your hair is everything, just lovely, please don’t cut it, you are normalising black hairstyles for our black sons.’

“That makes me emotional because we do have a position on telly where we’re in the public eye and so we do play a role.”

“I’m going to keep growing it because you said that.

“And if I ever waver, I’m going to read your message. Thank you.”

However, he remembered how much he loved having longer locks while barbers were closed and decided to keep it.

Vowing to not to shave his hair short again anytime soon, Sean continued: “I’m not big headed but some of the messages I’ve had have been so supportive.”