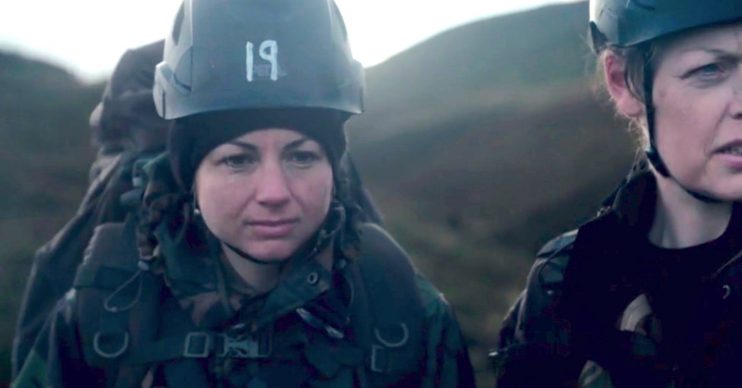 Didn't look good for a while

Viewers were in shock after as they said one contestant in brutal challenge show SAS: Who Dares Wins appeared to DIE during one task.

It was a particularly tough episode of the show last night (26.1.20), after one contestant collapsed during one task.

The contestants were tasked with scaling a mountain carrying a casualty on a stretcher.

Split into two teams, they had to negotiate steep climbs, mountain streams and cold weather.

It wasn’t long before one of the team, 32-year-old sewage company planner Kiersty, called the head of her group, saying that she was going to be sick.

And that’s when she collapsed.

In a terrifying sequence, teammates and instructors rushed to her side.

As she went white and her eyes began to flicker, viewers were convinced she looked dead.

But thankfully she came around and was able to finish the task.

Wouldn't be a series of #SASWhoDaresWins if someone didn't faint or nearly die. Also an accurate representation of the first five minutes for most of the armchair professionals commenting on it if they were to actually do the show lol. pic.twitter.com/IKqRmw0biY

Feel sorry for 19..She gave it her all.. #SASWhoDaresWins

Man down, man down. It’s all too much for #19, she’s pushed herself beyond her limits

It wasn’t long before users rushed to Twitter to respond to Kiersty’s collapse.

Another called the moment, ‘scary’.

One viewer joked: “Not gonna lie, if I fainted and Jay was the first thing I saw when I came around, I’d probably faint again.”