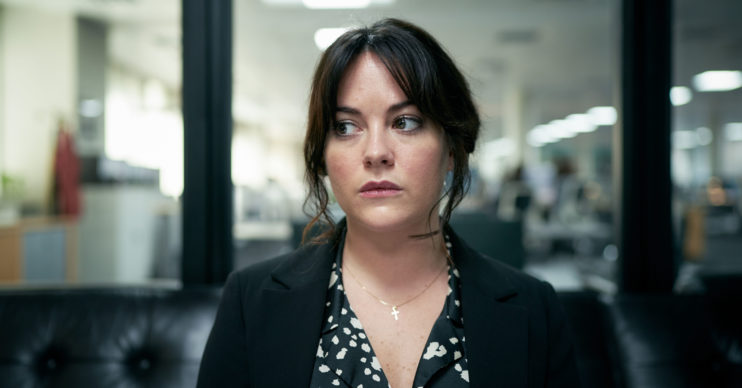 Roadkill on BBC One: Who killed Charmian Pepper and more questions ahead of the final episode

Roadkill has just one episode left and we still need lots of answers, such as: who killed Charmian Pepper?

In the BBC One drama, Conservative MP Peter Laurence (High Laurie) has a seemingly endless amount of skeletons in his closet and it appears they are all intent on spilling out at once.

As a result, his life has begun to spiral out of control and Roadkill episode 4 looks like its going to be the mother of all TV finales!

But it DOES need to address several questions to satisfy us…

***Warning: spoilers from episode three ahead***

Financial journalist Charmian had accused Peter of exploiting his position in Government for financial gain.

However, things took a turn when evidence was tampered with that made her look like a liar.

She seemed determined to bring the ruthless politician to his knees. So when she was killed in a hit and run at the end of episode two it seemed awfully convenient.

After the news reaches Charmian’s lawyers, Luke Strand (Danny Ashok) told Rochelle (Pippa Bennet-Warner) he suspected there was foul play at work because she claimed to have met a woman who was willing to confirm Peter’s stay in Washington.

Now on the hunt for evidence, Rochelle found exactly what she’d been looking for: definitive proof of Peter’s whereabouts.

She confronted Margaret while at work, who told her that her mother died when her boiler leaked gas a decade ago. She said it was reported three times to her then landlord, Peter, but nothing was done and her death was ruled as an accident.

Rochelle later decided to pay Charmian’s mother a visit and stumbled upon a tape recorder in her belongings.

A voice on the recorder confirmed what Charmian had been saying; Peter had been looking to discretely privatise the country’s healthcare system. He’d also been paid handsomely – £500,000 to be exact – for his expertise.

With concrete evidence that Charmian had stumbled upon evidence that could not only ruin Peter’s career but put him behind bars, will the truth finally be revealed?

After all, Peter had everything to gain from her death and nothing to lose…

Will Peter leave his wife and what will happen to Madeleine?

After being released from hospital after his car accident, Peter returns to his family home only to be confronted by his daughters about his mistress.

Despite the fact he’s been sleeping with another woman, Peter appears adamant that he doesn’t want to leave his wife.

He tells her so, but she appears apprehensive to believe him. To make matters worse, Madeline turned down a job in Texas just to stay near to Peter.

During a late night meeting Madeline snaps and confesses that she’s tired of living life as his girlfriend and needs more from him.

She’s yet another loose end for Peter, whose only interest appears to be his owns self preservation.

What if she decides to go public with their affair?

A confrontation over Sunday lunch leads to Peter telling his family he has a third daughter, much to their shock.

With news from his Special Advisor Duncan (Ian de Caestecker) that Stephanie, the woman first thought to be Peter’s daughter, died from an overdose in Prison, Peter questions if someone is out to destroy him.

When his actual daughter, Rose, later gets a visit from her mum in prison, she insists that it’s time to reach out personally to Peter.

“Mum, I want my father to know I exist” she says.

Sadly a prison officer hears her pleas. She tells her boss that Rose wants to speak publicly about their poor handling of Stephanie’s death.

After Duncan receives a call from Rose, he tells Peter that they’ve been in contact. It’s now left up to Peter whether to meet her or not.

Peter’s thirst for power is insatiable, and having an illegitimate daughter in prison threatens that directly. And we know the prison, just like Peter, doesn’t seem to care about abiding by the law.

Is Rose’s life at risk?

This leads to a hush-hush chat with Private Secretary Julia Blythe (Olivia Vinall). Adam suggests if she helps betray the Prime Minister’s trust she will be rewarded down the line.

“Who would be the incoming Prime Minister,” she asks.

“Oh, we have someone in mind,” he replies.

During a late night chess game between Adam and Peter, he says that Dawn is a “placeholder” Prime Minister.

It’s clear Adam has Peter in mind to take Dawn’s place, but will his personal problems get in the way?

What will happen in episode 4?

The BBC‘s official synopsis sadly leaves much to the imagination.

It says: “With the Prime Minister in trouble, Peter makes a shocking announcement to the nation. Is this the end for him or the start of something new? As he makes his move for the top spot Dawn falters, but the rest of his enemies are circling…”

Roadkill episode 4 will air on Sunday November 8 on BBC One.

What did you think of Roadkill on BBC One? Leave us a comment on our Facebook page @EntertainmentDailyFix.