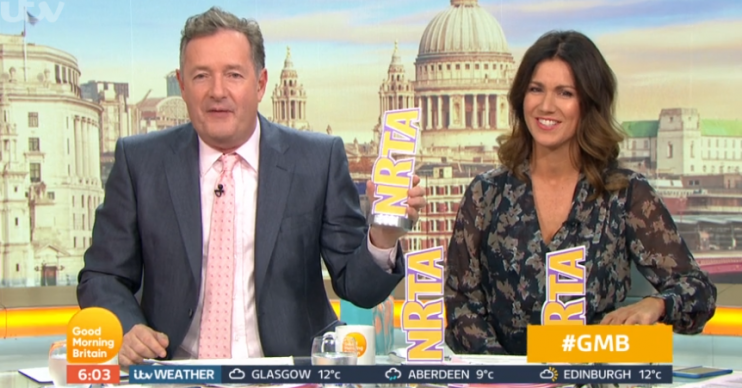 During Tuesday’s programme, Susanna was quick to boast about her prizes as Piers, 54, jokingly mocked her.

Piers said: “I’m all about winning and I’m not going to be a hypocrite. Apparently we’re the best talk show even though I do a talk show, which is not this show and didn’t get nominated, but we’ll move on.”

Susanna cut in: “No, expect that the talk show you do – this show – won,” to which Piers replied: “Yeah but this is not a talk show.”

Susanna quipped: “Well you do a lot of talking!”

Moving on to Susanna’s personal awards, Piers mocked: “This is what I like, Celebrity Personality of the Year, Susanna Reid… that well known personality.

“And the Best TV Presenter, obviously yeah. I’m very very happy for you, I really am.”

He continued: “I don’t know how I’d do it without you, I really don’t, but well done,” before he went on to mock the design of the awards.

Susanna then said: “How come you’re all about the winning but then we win and you have to knock it?”

The GMB crew were then seen cheering Susanna while wearing t-shirts with the presenter’s face printed on it.

Piers continued: “I’m a team player as everyone knows so I’m really thrilled for the team and Susanna and I couldn’t be happier that she won all these awards.”

Read more: Piers Morgan has ‘special surprise’ for Lorraine Kelly as she celebrates 35 years in TV

Picking up Susanna’s award, Piers mocked: “Yeah. Best Personality of the Year… I’m just holding in it in the hope that one day I might win something.”