Piers Morgan was left bright red after claiming he has a "massive organ" on today's edition of Good Morning Britain.

The presenter, 54, made his joke in response to a remark that Sue Perkins made about him during last year's Bafta awards.

Piers and his co-stars Susanna Reid, Richard Arnold and Charlotte Hawkins were discussing the news that Graham Norton will be replacing Sue as host of this year's ceremony. 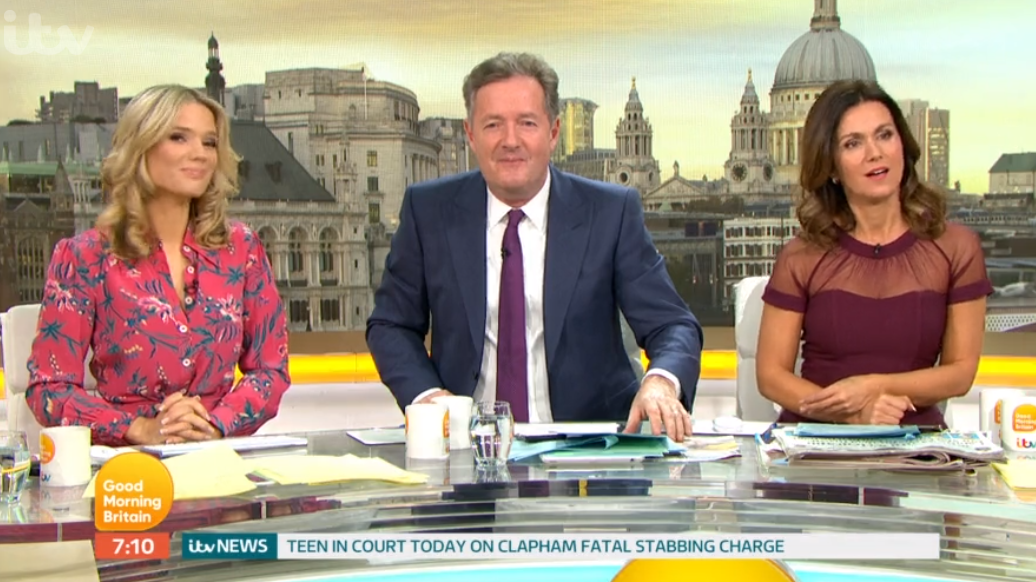 Piers made his joke in response to a remark that Sue Perkins (Credit: ITV)

Read more: Piers Morgan ‘taken off air’ after lashing out at ‘gutless’ director

The show then aired a clip of Sue saying at last year's ceremony: "Tonight, of course, I am having to work alongside a massive organ.

But Piers wasn't happy with her remark and hit back: "Smug Sue Perkins has been elbowed off presenting the Bafta TV awards, of which we have been nominated twice. I think it is because of this joke.

"That was probably the only laugh she got all night." 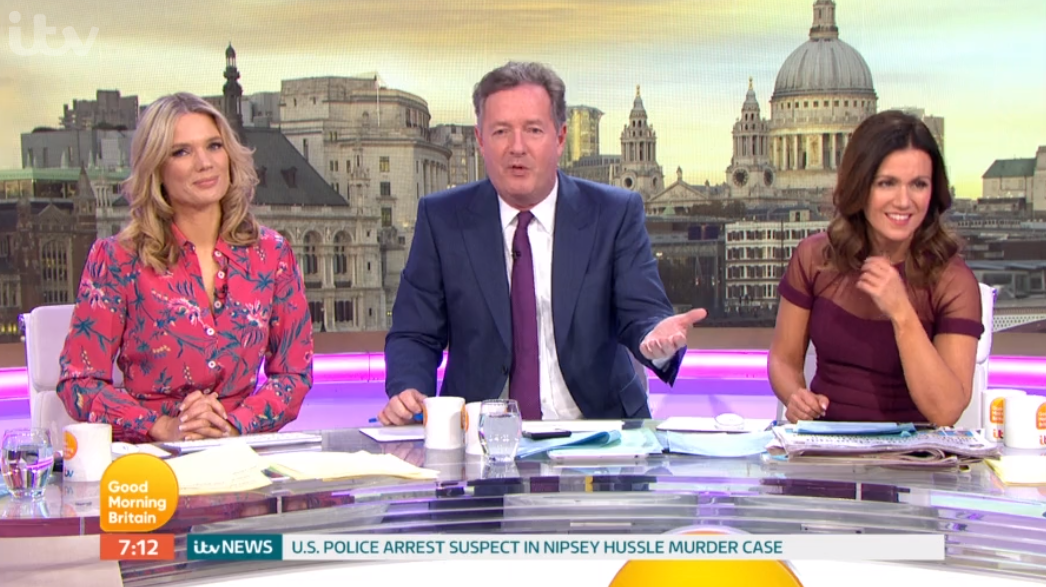 Piers was left bright faced after claiming he has a "massive organ" (Credit: ITV)

Susanna asked: "Why would you be offended by references to a massive organ?"

Piers replied: "Nothing, I just wondered how she knew."

After his comment, Piers' face look noticeably more flushed as the conversation moved swiftly along.

Meanwhile during the show, Piers accused GMB bosses of "fat-shaming" him.

Smug Sue Perkins has been elbowed off presenting the Bafta TV awards.

Piers claimed that he can no longer be body-shamed by critics because he doesn't identify as "fat". 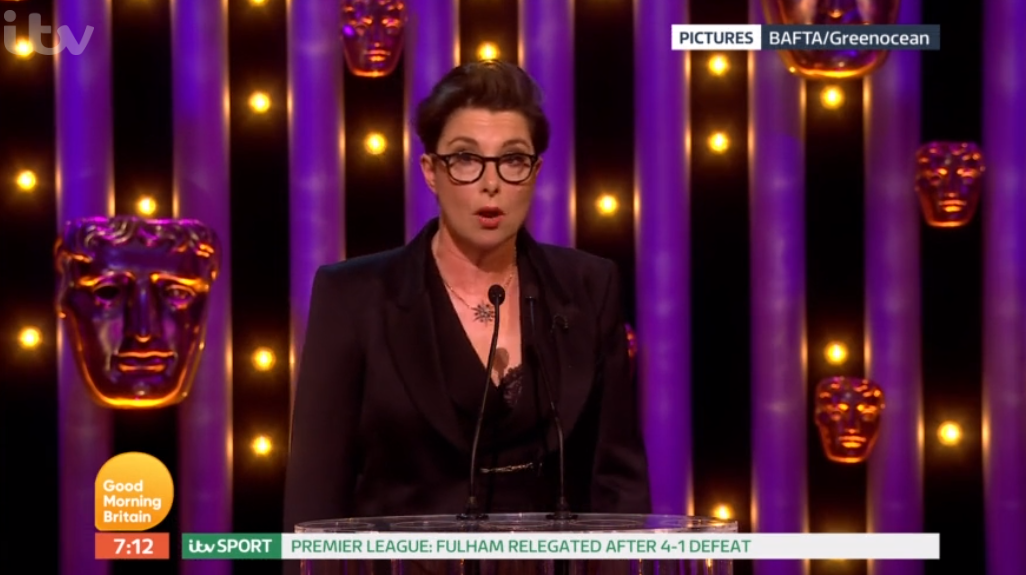 Sue made a joke about Piers during last year's Baftas (Credit: ITV)

He said: "I have a personal announcement. I have been carrying a bit of timber but I'd like to now announce that I am identifying as skinny. In fact, I am one of the world's first trans-slenders.

"I am trans-slender, so you can't actually call me fat any more because I am now identifying as skinny and I expect to be afforded the respect of a trans-slender."

But Piers was left baffled when comedy music started playing during his speech before Susanna cleared things up, claiming it was "hippopotamus music".

She laughed: "I don't know what the director is trying to suggest!"

Piers hit back: "Let me get this straight, my director is fat-shaming me, is he? Why don't you waddle in here and stand in front of the camera. In you come, skinny boy - come and stand here and see how funny you find that noise then." 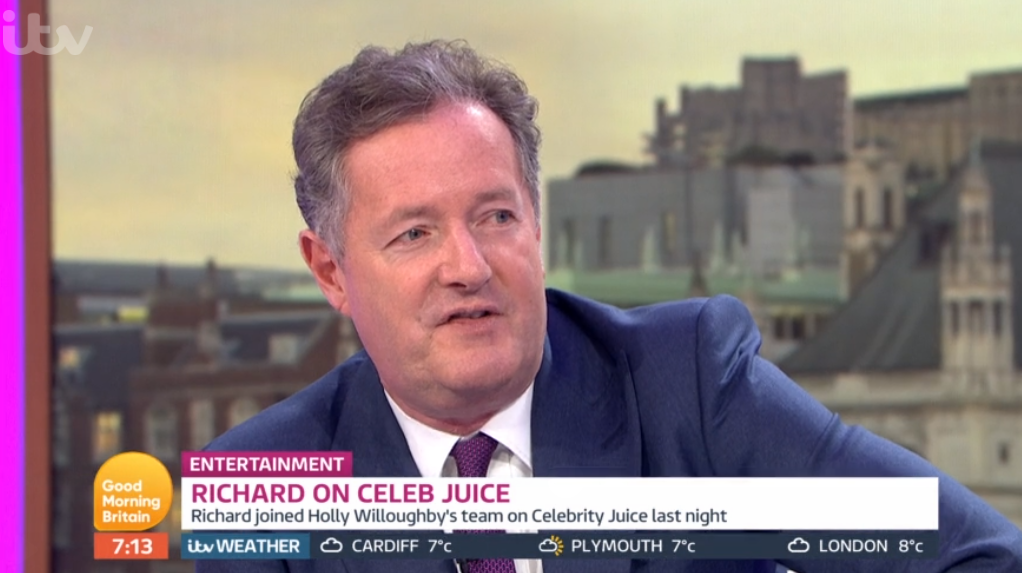 As his boss insisted it wasn't him who cued the music, Piers ranted: "Who was it? Some random person in the gallery, who isn't a director, directed that to be played, did they?

"Literally playing a hippopotamus sound. Come down here and let's have a square off."