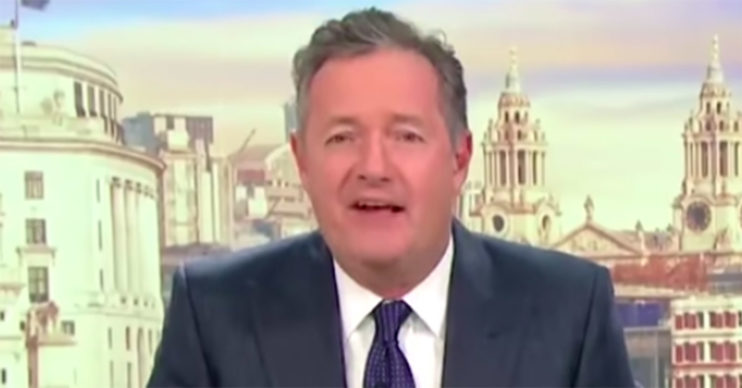 Conservative politicians have been giving Good Morning Britain the swerve

Piers Morgan has been uncharacteristically mild-mannered on today’s GMB (Wednesday, June 10) – no rants at guests or motormouth monologues.

However, he couldn’t help but make a dig at Tory MPs’ apparent boycotting of the ITV breakfast show.

In fact, the 55-year-old told them to STAY AWAY as he gloated that Good Morning Britain’s viewing figures had never been better.

Following an interview with Caroline Nokes, one of the few Conservatives willing to appear on the programme, Piers took the opportunity to stick the boot in.

Referencing his understanding that some politicians are reluctantly absent, Piers said: “Interesting how so many Tory MPs are saying, ‘Get back on the programme, it’s pathetic’.”

The less we have government ministers, the more people tune in.

Susanna added: “Actually it’s a dereliction of duty to our viewers and your voters.”

“The less we have government ministers, the more people tune in. Maybe don’t hurry back. Maybe we’ll see you in September.”

It’s far from the first time Piers has delighted in goading his critics with news of soaring ratings.

Last week on social media, he shared an image of him and Susanna with the caption: “BREAKING: ‪Good Morning Britain had its highest ever ratings yesterday: 27% audience share, peaking at 32%.

“The longer the Govt boycotts us, the more people are tuning in. We’ll keep challenging them in their cowardly absence. Thank you for watching!”

Good Morning Britain has been slapped with hundreds of complaints to Ofcom over the lockdown period.

Over the year, Piers has amassed 4000 complaints!

But the former newspaper editor has vowed to keep challenging the government over perceived failings in their handling of the coronavirus crisis.