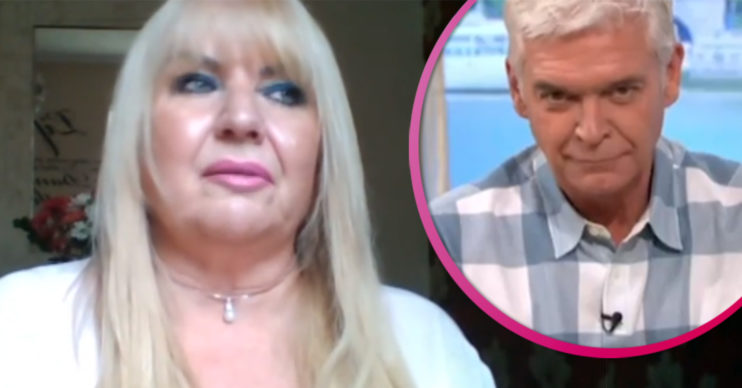 Viewers were in hysterics over her remark

Viewers of This Morning were in stitches today when a cougar gran made a comment about Phillip Schofield‘s sex life.

Gaynor Evans, 57, explained that she’s been sticking to the lockdown rules and hasn’t been intimate with anyone.

However, Gaynor said she thinks the new rule that having sex inside your home with someone from a different household has been made illegal is “ridiculous”.

Gaynor admitted she’s “at the point of no return” and is struggling without intimacy.

She said: “This has been a terribly stressful time for everyone and sex is one way of releasing that stress.

“But also the physical companionship of another human being in a close setting is something I’m feeling deprived of.”

She added: “I’ve done a bit of virtual dating but what’s the point of it really?

“For the married couples like yourself [Holly] and I don’t know what Phil’s up to, but anyway, people are all doing all sorts of things,” as Phil smirked.

Viewers were in hysterics over Gaynor’s comment about Phil.

“Married couples like you Holly, I don’t know what Phil’s up to” 😭😂😂 #thismorning

Cougar Gran to Holly:
“To married people like yourself and… well I don’t know what Phil’s up to” #ThisMorning pic.twitter.com/Iy3VAAzgxo

Meanwhile, Gaynor explained she prefers to date and sleep with younger men because they’re “more fun”.

She also said younger men pursued her “all the time” before lockdown happened.

Speaking about not getting much action during lockdown, Gaynor said: “I’ve been okay. I’ve been a well behaved adult.

“I’m sure the younger, single people out there aren’t sticking to the rules like me.

“Just at the point where I thought there was going to be a bit of light at the end of my tunnel…” as Phil started giggling.

Gaynor asked: “What are you laughing at Phil?” to which he said: “Nothing darling, carry on.”

She continued: “This rule, it’s illegal to have sex with anyone outside of your household, this is ridiculous. How are they going to police that?”

Can you relate to Gaynor’s comments? Leave us a comment on our Facebook page @EntertainmentDailyFix and let us know. 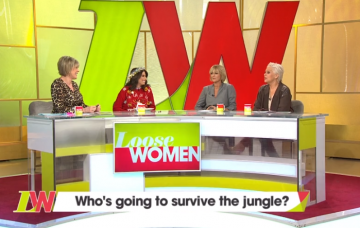