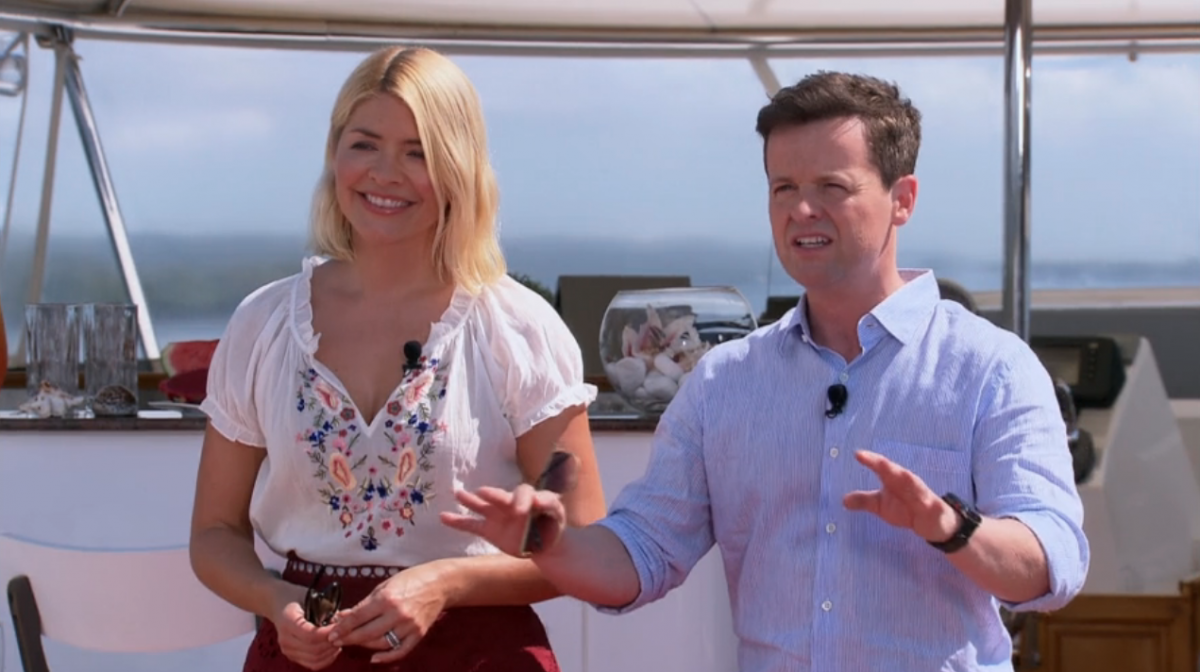 He tweeted along with her first episode

Phillip Schofield has admitted he is jealous of Holly Willoughby presenting I’m A Celebrity.

TV presenter Phil, 57, joked he was full of envy towards his This Morning co-host on Twitter as he tweeted along to her jungle debut last night.

The episode marked the first time Ant and Dec have not fronted I’m A Celeb together since it started in 2002.

Responding to a fan on Twitter addressing both him and Hols, he typed: “Sooooo jealous lol.”

Read more: Why Anne Hegerty may have broke down in tears on I’m A Celebrity

However, despite an apparent visit from the green-eyed monster, Phillip still gave his pal the thumbs up for her first efforts on the long-running ITV series.

At other times during her first episode Phillip laughed about Holly’s boots and her forgetfulness when it came to comparing how long it took the yellow and red teams to complete their first flag retrieval challenges.

“I thought we’d agreed she would wear trousers and bicycle clips… she’s gone rogue!” he laughed when a fan asked if Holly’s footwear was designed to prevent bugs crawling up her legs.

And asked whether an endearing lack of concentration was a characteristic he recognises when working with her, Phillip warmly replied: “That’s ma girl.”

He also captured her first moments on screen in a clip shared with his 2.2 million Instagram followers, tagged with good luck wishes to both Holly and new presenting partner Dec Donnelly.

But his ultimate verdict on Holly’s performance came in the final minutes of the near two hour opening episode in which Phillip sweetly agreed with a follower who said she had been “amazing” in her role.

“So proud,” he concurred, adding two beaming emojis to his message.

Holly herself revealed she was slightly overcome by her new gig – although she clearly relished the experience.

Speaking on ITV2’s Extra Camp, she said: “I feel relieved. It’s so overwhelming, this show, watching this was part of my life for years and it’s surreal being here.”

However, not everybody was convinced, with some viewers feeling the new pairing lacked ‘banter’.

Additionally, body language expert Judi James felt Holly and Dec got off to a “rocky” start.

She told Mirror Online: “They got off to a wobbly start, both pausing to clutch at the handrail of the bridge they stood on looking very slightly lost and nervous.”

We’ve no doubt Holly will settle into the role and flourish faster than Nick Knowles dived into obviously shallow water to save Anne Hegerty.