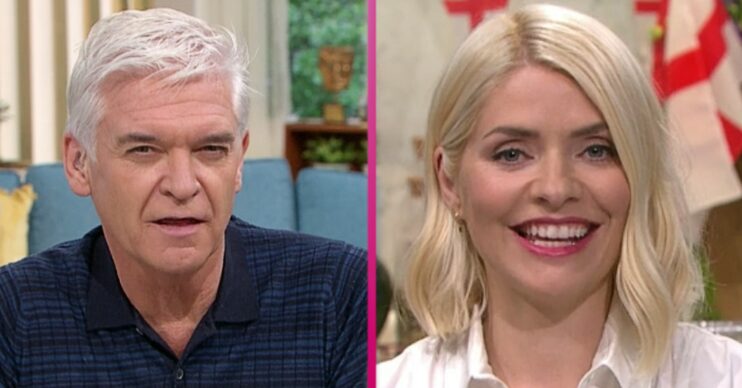 On This Morning today, stars Phillip Scofield and Holly Willoughby confirmed that they will be ‘replacing’ Alison Hammond and Dermot O’Leary on tomorrow’s show (Friday June 9).

The presenting duo told fans the news during today’s episode.

And it wasn’t long until viewers took to social media to express their thoughts on the unexpected move.

During towards the end of the show today (Thursday July 8), Phil dropped the bombshell to viewers.

Usually, Alison and Dermot present the Friday shows, and Eamonn Holmes and Ruth Langsford are waiting in the wings to take over during the summer holiday period.

However, Phil revealed that there will be a pet segment on tomorrow’s show and said: “A quick word about tomorrow’s show… does your cat seemed stressed out?”

It was then he switched subjects and told viewers what was happening tomorrow.

Almost time for their summer holidays…

Turning to Holly, he then added: “We’re doing tomorrow as well, aren’t we?”

“Tomorrow is Friday but we are both here before we head off for the summer,” Holly explained.

Tomorrow will be the pair’s last day for a month-and-a-half, with both Eamonn and Ruth and Alison and Dermot taking over.

These two are presenting tomorrow. They're making us earn our time with Ruth and Eamonn #ThisMorning

Delaying tactics from Phil and Holly to keep viewers from Eamonn and Ruth?

Despite the news, one fan thought that the pair were just trying to delay the inevitable: Eamonn and Ruth will be presenting for seven weeks from Monday (July 11).

They said on Twitter: “These two are presenting tomorrow.

“They’re making us earn our time with Ruth and Eamonn. #ThisMorning”