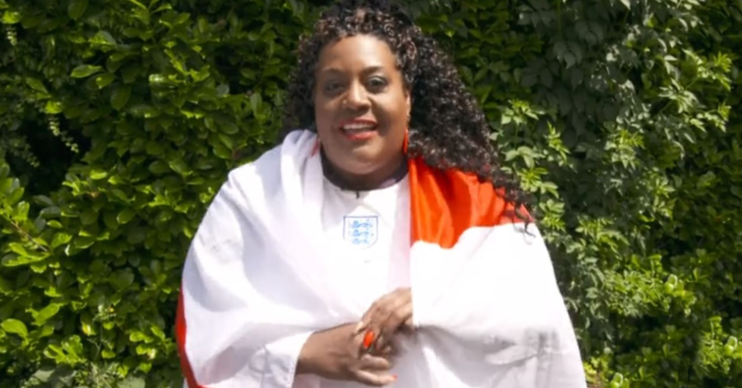 This Morning: Alison Hammond’s Dosh on Your Doorstep segment slammed by viewers

'Hope it's someone who needs the dosh'

This Morning star Alison Hammond gave away £1,000 in today’s Dosh on Your Doorstep competition.

However, while winner Natalie and her two gorgeous girls were clearly thrilled with their win, the same couldn’t be said for viewers at home.

In fact, taking to Twitter, many viewers made the same complaint about the segment, slamming ITV in the process.

What happened during Dosh on Your Doorstep today?

Alison – happily recovered from her recent hospital dash – arrived at the house just outside Leeds to play the competition.

Read more: Robson Green sparks confusion with his appearance on This Morning

They got all four right and were awarded the top cash prize of £1,000.

However, disgruntled This Morning viewers took exception to the win – and the fact that all of the winners appear to live in nice houses.

“Hope it’s someone who needs the dosh,” tweeted one viewer as the segment began.

So what did This Morning viewers say about the competition?

Lots of viewers were all asking the same question about the segment.

One said: “Have they ever been to a block of flats? Seems like you must have a 3+ bedroom house to qualify.”

Another agreed: “Oh look, Alison is in a nice middle class neighbourhood again!”

“They never go to a street full of chavs,” a third commented.

“Are the #ThisMorning team only programmed to give money to the nice house and garden families?” another asked.

“I would love to see them go to a 20-floor council block of flats!” said another.

“You’re never going to win a #ThisMorning competition unless you live in new build cul-de-sac,” another claimed. “You never see winners living on a rough estate or tower block.”

“Would love to see them on a council estate in East London,” another added.

Not a council estate #thismorning pic.twitter.com/JV76SulVoD

However, some This Morning viewers predicted the comments ahead of the segment.

Taking to Twitter, one said: “Everyone moaning that they haven’t sent Alison to West Beirut in a minute.”

And they most certainly weren’t wrong!

So what did you think of the Dosh on Your Doorstep segment on This Morning today? Tell us on our Facebook page @EntertainmentDailyFix.