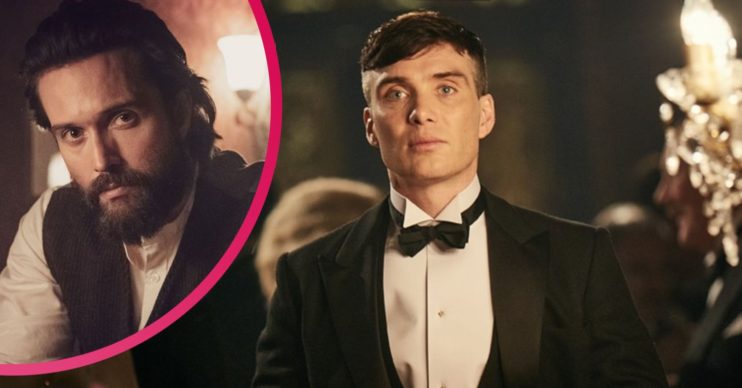 Peaky Blinders series six fan theories: What will happen to Tommy Shelby and who double-crossed him?

The final series will be explosive!

Peaky Blinders’ sixth and final season is currently in the works, and it promises to be the most explosive ever – so what are the Peaky Blinders series six fan theories?

The series five finale left us with so many questions – like what will happen to Tommy Shelby after he held a gun to his own head?

And, perhaps more importantly, who double-crossed him?

Here’s our run-down of some of the best – and worst! – fan theories…

What will happen to Tommy Shelby?

Series five and six director Anthony Byrne recently told Digital Spy that the sixth series “picks up directly [where it left off]”.

He says: “So the very first image you will see will be back in that field… Tommy, with a gun to his head.

“Then, we will move on from there, we resolve that amazing moment… it’s great.”

Of course, viewers know that Tommy is now Deputy Leader of the British Union of Fascists alongside leader Oswald Mosley.

He makes a failed assassination attempt on Oswald, but someone betrayed him.

Some fans fear Tommy (Cillian Murphy) will take his own life in season six.

Since his wife’s death, Tommy has been plagued by strange visions of his own demise.

However, creator Steven Knight has said that he wants to turn Tommy into a “good man” by the end of the show.

However, Michael wasn’t exactly in the loop when it comes to the assassination plot.

There are other more likely snitches –  like Billy Grade for starters.

Even actor Emmett Scanlan, who plays Billy, says he wouldn’t blame his character for double-crossing Tommy.

Billy isn’t exactly a fan of the Peaky Blinders, especially after they kidnapped him and held him hostage, making him do their bidding for a small cut of the money.

Viewers saw Finn let slip about the shooting of Oswald Mosley to Billy, who we later see picking up the phone…

Others believe Johnny Dogs (Packy Lee) could have been the one to sabotage Tommy’s assassination attempt.

Only Tommy’s inner circle knew about the plot, so it was someone close.

Johnny built bridges with the Shelby family way back in series one through an arranged marriage between John Shelby (Joe Cole) and Esme (Aimee-Ffion Edwards).

Johnny is one of the few gang members who knew about the plan and miraculously turns up just after the shooting.

But why would Johnny squander his chance to pocket £30,000 for the job and why would he turn on Tommy now?

We won’t know who double-crossed Tommy for sure until next season, although Tommy screams about the Chinese, Jimmy McCavern and Special Branch during his breakdown…

Aberama Gold will be back

And it wouldn’t be the first time a character has been resurrected.

Tom Hardy’s Alfie Solomons made a shocking return after being shot in the head, as did Arthur (Paul Anderson) after faking his own death in season four.

Aberama was killed off in particularly brutal fashion at the hands of a violent mobster in the employ of Oswald Mosley – just shortly after Polly Gray had agreed to marry him.

It’s no secret that Gina hates the Shelby family, ever since they treated her as an outsider.

Now fans believe that Gina and Oswald could be in an alliance.

Surely everyone noticed the look they both shared during the ballet performance at the Shelby house, and she knew exactly who he was when he arrived.

One scene showed Oswald having sex with a blonde woman just before giving his final speech at the British Union of Fascists rally.

However, the camera did now show her face and some fans speculated that it could have been Gina…

Director Anthony Byrne has since poured water on those flames, denying the blonde was Gina.

However there is definitely a suggestion that they might still be working together in the BBC drama’s next season.

Some fan theories have suggested that she could be Oswald’s spy and that is how he knew all about her husband Michael’s favourite Detroit clubs.

Whether she really is working for Oswald or not, Gina’s family are set to be key players in the next season with Michael running the drug trade for the Peaky Blinders.

Is Billy Grade a double agent?

Billy is hardly a fan of the Peaky Blinders crew, but then they did mistreat him and hold him hostage.

Viewers saw Arthur tell Billy about their plans for killing Oswald Mosely, so could it could be possible that Billy was working as a spy?

Was it Billy who warned Oswald about the assassination attempt on his life?

Some fans believe that Oswald Mosley will be killed in the final series.

However, Oswald is a real life figure.

The British politician was suffering from Parkinson’s by the 1970s, and eventually died in 1980 at the age of 84.

So it is highly unlikely that the show’s writers would be so bold as to rewrite history!

Will Inspector Campbell return for revenge?

Some fans hope that Tommy’s first nemesis from series one will return in a neat series loop.

She corners Major Campbell in a phone booth while he’s on the phone with Winston Churchill.

Despite his pleading, she shoots him in the heart and exits the bar as he falls to his death.

Is Michael the black cat in Tommy’s dream?

Tommy has conjured up images of a black cat in some of his most disturbing dreams.

Polly believes that a nightmare of a black cat means that a traitor is near.

Of course, the most likely person to betray Tommy is Michael, who seems to feel that he is the best choice to run the Shelby’s business ventures.

We know one of them is likely to die, as Polly says: “There will be a war and one of you will die, but which one, I cannot tell.”

Sadly, Helen McCrory’s tragic death this year means her character will not be in series six.

Although it it not yet known if she had already filmed any scenes prior to her death.

Peaky Blinders will return to BBC One later in 2021.

Are you looking forward to the sixth and final series of Peaky Blinders? Leave us a comment on our Facebook page @EntertainmentDailyFix.