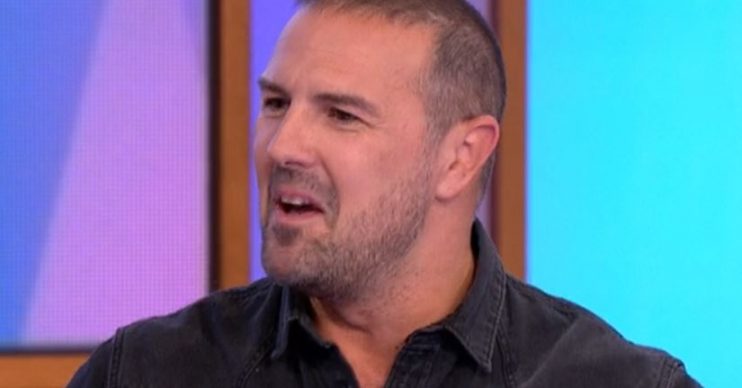 Funnyman Paddy McGuinness has revealed on Loose Women that he got some unusual instructions from his doctor after undergoing a vasectomy.

He said on the programme: “Any gentlemen in the audience or at home thinking about it, the thing about a vasectomy is… what they don’t tell you…”

Considering his words carefully, Paddy, 45, continued: “The doctor says when you have it done, you’ve got to be ‘by yourself’ 50 times. So lads, you actually have a license to do it. It’s the doctor’s orders.”

Elaborating further, he revealed doctors said he had “a couple of months” to get it done, adding: “You don’t have to sort of sneak off anymore.”

He told him: “No, but now I’ve got a prescription for that, I can say, ‘Hey, doctor’s orders!’ But because the doctor has told you to do it, it’s took the fun out of it.”

Keith then quipped: “I’ll do it for you.”

The Top Gear host, who has five-year-old twins Leo and Penelope and two-year-old daughter Felicity with wife Christine, opened up about having a vasectomy on social media last month.

It is a surgical procedure, usually performed under local anaesthetic, that seals the sperm-carrying tubes to prevent sperm entering the fluid during ejaculation. According to the NHS, it typically takes around 15 minutes.

Home now after having the auld snippy snappy snoo. Currently resting up with a bag of ice on my nadgers. #vasectomy #testicletuesday

Read more: Fans are going wild for pic of Paddy McGuinness in his pants

Writing on Instagram, Paddy told his 1.1 million followers that it was a “doddle” despite a few “eye-watering” moments.

He said: “Patient McGuinness is home. Gentlemen, if you’re thinking about having a vasectomy and are a little bit reluctant, as I was, the initial anaesthetic, what they give you into the ol’ pippins, I’m not gonna lie, that’s tender.

“It made my eyes water a little bit. But after that, honestly, it’s a doddle. I’m currently resting up at home with a towel full of ice on the old nicky nacky noos. But I’ll keep you up to speed.”