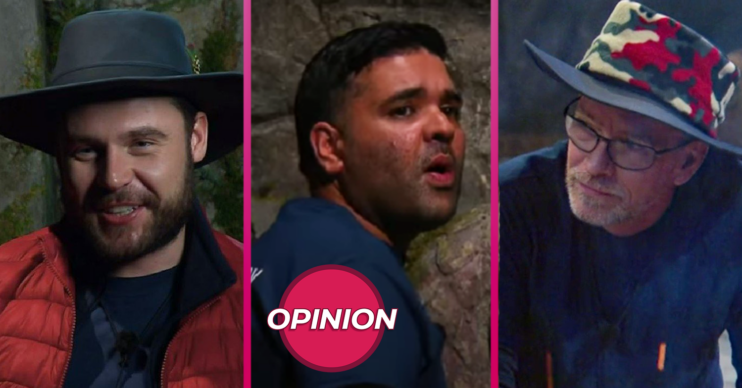 OPINION: ITV needs to rest I’m A Celebrity next year unless it heads back to Australia

ITV brings this year’s series of I’m A Celebrity to an end tonight – and, unless it returns to Australia next year, I think it’s time the show had a break.

Don’t get me wrong, I’ve loved I’m A Celebrity and watched every single series since it started back in 2002.

I love the Bushtucker Trials, the journey the campmates go on, the banter from hosts Ant and Dec. But it’s just not the same in the castle.

So, unless COVID restrictions lift, next year’s production of I’m A Celebrity needs to go on a self-enforced lockdown.

Last year’s series – the first in the Welsh castle – was a bit of a novelty.

Read more: I’m A Celebrity stars declare this year’s stars have it ‘too easy’

I watched it and I enjoyed it. But after this year’s was brought to an abrupt halt by Storm Barra, there are just too many variables that can play havoc with the series on these chilly shores.

Heck, there was even talk of Celebrity Cyclone being cancelled!

Viewers took to Twitter after the show came back from its hiatus and said that it had lost its sparkle, but I think it had gone before that.

Barra was just the straw that broke the camel’s back.

Why was the show better in Australia?

While the castle is by no means plush, it’s not exactly the camping-style experience we’ve been used to over the years.

There’s also no threat of snakes or exotic creatures venturing into camp and Medic Bob being called upon when a celeb comes a cropper in the Australian Outback.

So too the trials – things just seemed bigger and better when they were in Australia.

There are no witchetty grubs, there’s a lack of giant spiders and there hasn’t been a kangaroo anus in I don’t know how long.

The show just has more of a buzz about it when it’s in Oz.

And I’m sure the friends and family will agree.

After all, this year they’ve provably stayed at home with the heating cranked up, there’s no stay at the plush Palazzo Versace hotel for them.

I’m A Celebrity viewers switch off

Viewers have apparently been leaving the show in droves, this year’s launch show was down, and it’s not to do with the stars they have on board – because they’ve been brilliant this year.

But the show is just missing a bit of magic that I can’t quite put my finger on.

A certain kind of magic that’s clearly only found in the Australian jungle.

I’d miss it, but I’d hate to see viewership drop even more and the plug be pulled entirely.

Give yourselves a rest, I’m A Celeb, and come back bigger, better, shiny and new in 2023…

When Australia will hopefully let ITV’s cast and crew back in!