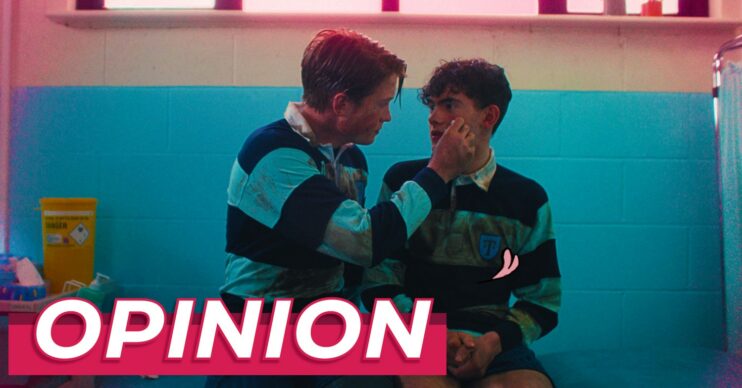 OPINION: Heartstopper on Netflix is a victory for the older LGBTQ+ generation and should be framed as such

The Netflix series is paving the way for young LGBTQ+ stories

Heartstopper has quickly become one of Netflix’s most critically acclaimed shows ever.

It’s even scored a rare 100% on Rotten Tomatoes.

As a result, the reaction to the LGBTQ+ series has been heartwarming to witness as someone who belongs to the community.

However, there has been some growing discourse surrounding the show from an older generation of LGBTQ+ people.

Despite enjoying the Netflix series immeasurably, some have suggested that their enjoyment has been tinged with a sense of sadness, and even jealousy.

As someone who’s 30 myself, I grew up in a time when same-sex marriage was still not legal.

Same-sex relationships were the stuff of salacious post-watershed viewing.

Back then gay men were mostly one-dimensional characters. We were hyper-sexualised beings in shows such as Queer as Folk.

Or, we were tied into tragic storylines interwoven with health struggles, abuse, death… let’s not forget the age-old ‘Bury the Gays’ trope.

It’s taken years to reach the point we’re at now. Love, Simon, released in 2018, was the first-ever mainstream teen romantic comedy based entirely around an LGBTQ+ romance.

It broke new ground and paved the way for a follow-up Disney+ series.

Whether it’s on Twitter or Facebook, there’s a constant narrative being pushed that suggests LGBTQ+ people are taking over television.

We’ve appeared on TV and in film for years, sure. However, we were relegated to side characters bursting to the brim with outdated stereotypes.

Crucially, we also only seemed to exist as human beings over the age of 21.

‘LGBTQ+ are no longer tied to tragedy thanks to Heartstopper’

Love, Simon helped bring down some of the walls, and now Heartstopper has broken through them.

Both depict LGBTQ+ stories that aren’t tied to tragedy.

Yes, the teenage characters may still struggle with understanding who they are but now, instead of turning to addiction and suicide, they are surrounded by warm, loving parents and friends who guide them on their journey.

I grew up in a loving family, where both my parents supported who I was from the moment I came out.

Sadly, my high-school experience wasn’t as wonderful as that depicted in Heartstopper, and I found myself put in hospital after coming out.

While this didn’t break me, far from it, what didn’t help was that I only saw that my life would be filled with tragedy, danger and persecution through the lens of television.

Had the relationships and narratives shown in Heartstopper been on-screen a decade or two decades ago, it would have given a light to those who needed it most.

This is why I understand why watching Heartstopper has felt bittersweet for some within the LGBTQ+ community.

However, I don’t believe it’s how we should be framing our enjoyment.

Our lives as LGBTQ+ people are exponentially better than even a decade ago. There’s a long way to go. The trans community is still being demonised on a daily basis.

We’re also still having to fight to have conversion therapy banned. However, we have enough tragedy in our lives, enough fights yet to fight.

A show such as Heartstopper is a huge victory for us. While history should certainly never be overwritten, I’m finding it difficult to feel anything but overjoyed that the teenage experience we so desperately craved is finally a reality for many.

Let’s let them have their moment because, for many of us, now older and wiser and able to live our lives as we always wanted, we’ve had ours for years.

Heartstopper is available to stream on Netflix now.

Would you like to see Hearstopper get a series 2? Leave us a comment on our Facebook page @EntertainmentDailyFix and let us know what you think of this story.