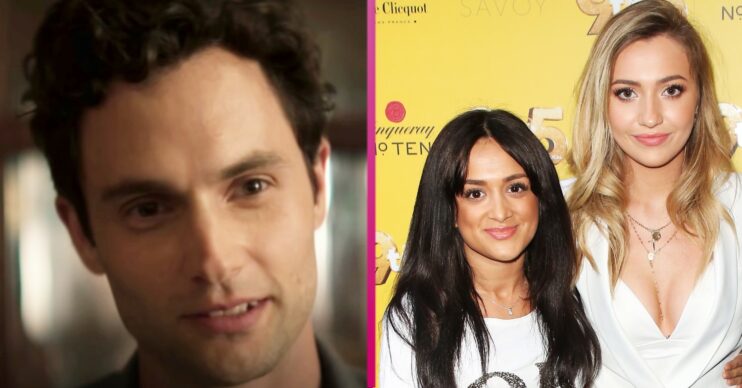 The new series is set in London

EastEnders stars Tilly Keeper and Amy-Leigh Hickman will be joining the fourth season of Netflix hit show YOU.

According to Deadline, Tilly, Amy-Leigh and Ed will be series regulars opposite Penn Badgley, who has played Joe Goldberg throughout the series.

Production is currently underway in London where the fourth season is set.

Eleven actors have been cast in recurring roles including Tati Gabrielle, Charlotte Richie and Lukas Gage.

Read more: Bridgerton’s Kate Sharma: How old is Simone Ashley – and how tall is she?

YOU season 4 on Netflix: What happened at the end of season 3?

The third season of YOU ended with Joe leaving Madre Linda after killing his wife Love and abandoning their son Henry.

He left  to search for Marienne in Paris and is now on the move. But what takes him to London?

I guess we will have to wait and see!

Who will Tilly Keeper and Amy-Leigh Hickman play?

Now she will be playing Lady Phoebe in You season four.

She has been described as “sweet and kind as she is rich, famous and chaotic.”

An aristocratic socialite with an avid fan base, Phoebe’s true colours show when she’s with her friends.

However she’s also a wild card: when misfortune strikes, will she rise to the occasion?

Amy-Leigh played Linzi Bragg, also known as Star, in EastEnders. You may also recognise Amy-Leigh from her  roles in The Dumping Ground, Our Girl, Ackley Bridge, Innocent and Netflix’s Safe.

Nadia is a literature major with a love of genre storytelling and the aspiration to be a serious author.

Nadia’s outspokenness and intensity are the perfect cover for the insecurities carried by a young woman who’s never been accepted by her peers.

She’s made some big mistakes which now threaten to destroy her life.

She will need help even if it’s from the wrong people. Could this include Joe?

Are you going to be watching season four of Netflix show YOU? Leave us a comment on our Facebook page @EntertainmentDailyFix and let us know what you think.