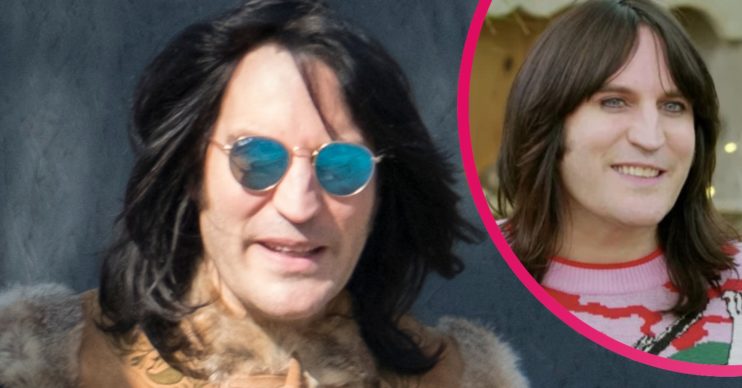 When did Noel Fielding join Bake Off and what’s his net worth?

Remember him in The Mighty Boosh?

Noel Fielding is an English comedian and presenter who’s been a household name for well over a decade now.

The comic, 48, is mostly well-known for his Bake Off hosting duties these days, but his career has spanned across stand-up comedy, acting and art.

Here we take a look a Noel Fielding’s rise to fame, his personal life and more below….

Noel first earned a name for himself as a stand-up comedian in London during the 1990s.

However, it wasn’t until his comedy troupe, The Mighty Boosh, landed their own TV show that he became famous.

The Mighty Boosh aired on BBC Three from 2004 to 2007 and gained worldwide recognition.

The Mighty Boosh comprised of Noel and Julian Barratt. It earned a global cult following, and was renowned for its black and irreverent humour.

Read more: When was Sue Perkins on Great British Bake Off?

After the success of the series, Noel had roles in various television series. These included The IT Crowd, AD:BC A Rock Opera and Dawn French’s Boys Who Do Comedy.

Who is Noel Fielding married to? Any kids?

Noel is in a long-term relationship with radio DJ Lliana Bird, 39. They’ve been together since 2010 but they’re not believed to be married.

She currently presents on Radio X and is the co-founder of the charity Help Refugees.

They share two children together, daughters Dali (around three) and Iggy (born in 2020).

What is Noel Fielding’s net worth?

Noel is estimated to be worth around $6 million according to CelebrityNetWorth.

At the current exchange rate this is around £4.2 million.

When did Noel join Bake Off?

Channel 4 announced Noel would join Bake Off as a host after the show switched from BBC One.

He hosted along with Sandi Toksvig and later with Matt Lucas.

Did Noel quit Bake Off?

Noel didn’t quit Bake Off. However, he was missing from 2020’s Christmas special. But this was because he was on paternity leave after his partner Lliana gave birth to their second child.

But Sandi did decide to leave Bake Off last year, and Little Britain comedian Matt Lucas replaced her.

Is Noel an artist?

Yes, Noel is a man of many talents and this includes painting. He has exhibited and sold his paintings for the likes of Saatchi Art and Don’t Walk Away Gallery.

In fact, there are pieces of art by Noel that are currently available to buy for £12,000 and above.

Back in 2007, he revealed his anxieties about exhibitioning his art above a London patisserie.

Speaking to The Independent, he said: “I know people want me to have an exhibition because they like the Boosh, but I decided it should in somewhere small, so the pressure wouldn’t be so massive.

“I was thinking, maybe I should have done it anonymously. I was thinking of calling myself the Jelly Fox, and having some sort of armour on so no one would know who I was.”

*Noel Fielding is on QI XL on Tuesday evening at 10pm on BBC Two.

The episode will then be available to stream on BBC iPlayer.