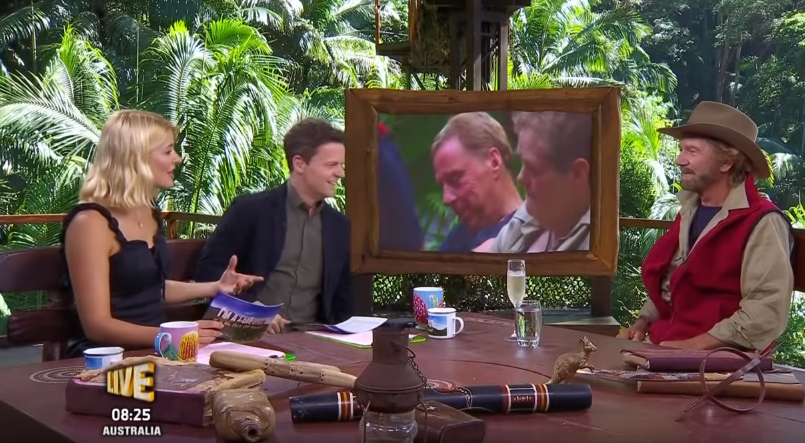 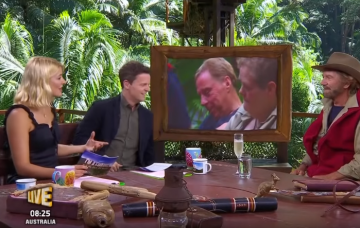 Noel Edmonds says he and Holly Willoughby are “professionals” as he plays down claims of a rift on I’m A Celebrity… Get Me Out Of Here!.

The 69-year-old TV star was the first campmate to be voted off the ITV show over the weekend, and while there has been reports of a feud between him and the programme’s host, he has insisted they are fine.

He told the Mirror: “You’d have to talk to Holly but she said to me this morning it was [expletive]. There’s no feud with Phil and Holly.

Meanwhile, during an appearance on Good Morning Britain on Monday, Noel also said: “I respect Holly as a broadcaster.”

Reflecting on their meeting after he was voted off of the show, he added: “We hugged. There is no feud.”

The apparent row began two years ago when Holly, 37, and Noel clashed on This Morning over his suggestion cancer could be caused by “negative energy”, and it was claimed this tension carried over into the jungle.

A source had told The Sun on Sunday: “Holly and Noel do not like each other and their bad blood goes right back to the This Morning interview.

“Holly was angry with Noel at the time and thought he was callous. It’s no secret at all that she was shocked when he was signed for I’m a Celebrity.

“She has been very professional on the show but if you know her, you can see that she does not like him. She finds him patronising and feels uncomfortable around him.”

The Deal Or No Deal star was the first to leave the camp after losing out in the public vote last Friday.

Despite only being in the camp for ten days he lost a whopping four kilos in weight!

Noel hasn’t come off too badly though. He apparently bagged a £600,000 fee for doing the show – the highest amount any celeb has ever received.