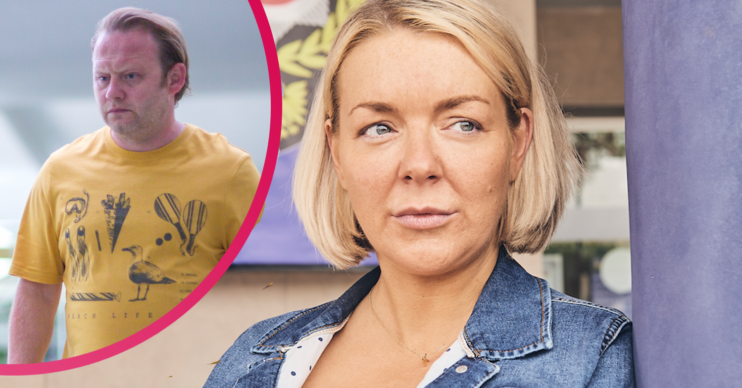 No Return episode 2: 6 burning questions after all those lies!

And still no one has called the Embassy

In episode 2 of No Return starring Sheridan Smith everyone was lying to everyone.

And Megan was sneaking around kissing the holiday rep.

None of this got Noah out of the Turkish jail where he’s being held on charges of sexual assault.

To top it all off, the Powells don’t have a lawyer now either.

Anyway, here’s what we need to know after episode two.

1. Is Megan really staying in Turkey for Kathy?

Read more: Opinion: Sheridan Smith unravelled – why do audiences love her so much?

Silly question really. It wasn’t Kathy who was on Megan’s mind as she sat in the airport. Nope, she was too busy reminiscing about being on the back of the hunky holiday rep’s motorbike to give her sister a second thought.

Megan’s clearly unhappy in her life. She’s trapped in a marriage with Sneaky Steve (more on him later) and finds parenting her neurodiverse son tough. So it’s no wonder she’s spotted an opportunity to escape for a little while. Let’s hope it doesn’t end in tears.

2. Where did Steve sneak off to?

There was a blink-and-you’d-miss-it comment from Jessica (Kathy and Martin’s teenage daughter) when Megan asked where Steve was. Jess said he’d gone off somewhere. But we weren’t told where.

So what’s he up to? And why was he so quick to suggest that Jessica head home with him and Megan? Zero trust in this man.

3. Why has Milo retracted his statement?

So the Spanish boy, Milo, who accused Noah of sexual assault withdrew his statement. This came after Rosie and her mum dropped in on Kathy to tell her that Rosie would make a statement to the police.

She said she’d seen Milo wearing an adult wristband and that he was the one who led Noah on.

It looks like Noah really didn’t do anything wrong, but why did Milo say he had?

4. Why are Kathy and Martin lying to each other so much?

Okay, it’s not technically lying, more an omission of truth, but it’s not good.

Martin went ahead and spoke to the journalist because he was feeling emasculated by Kathy.

And Kathy didn’t mention the police bribe because she knew Martin wouldn’t approve.

But their lack of communication ended up with Rico furious at them and withdrawing as Noah’s lawyer.

It also meant the money from the police was returned, meaning Noah would be staying in prison.

5. Is that newspaper article going to blow up?

We can’t help but think that talking to the press was a very bad idea. As Kathy pointed out, the family were quite easily identifiable in the article.

It won’t be long before Noah’s name is spread on social media which will be very bad for him if he ever gets out of the Turkish jail and goes home.

6. What are Kathy and Martin going to do now?

They now don’t have a lawyer and their marriage seems to be hanging by a thread so what’s their next move? We think it’s about time someone in the family contacted the British Embassy tbh.

There’s also the issue of the bruises on Noah. He tried to brush them off as something that happened at home before the holiday, but do they have more relevance?

No Return continues next Monday at 9pm on ITV and all episodes are available on ITV Hub and BritBox.

Leave us a comment on our Facebook page @EntertainmentDailyFix and let us know what you think of Sheridan Smith.