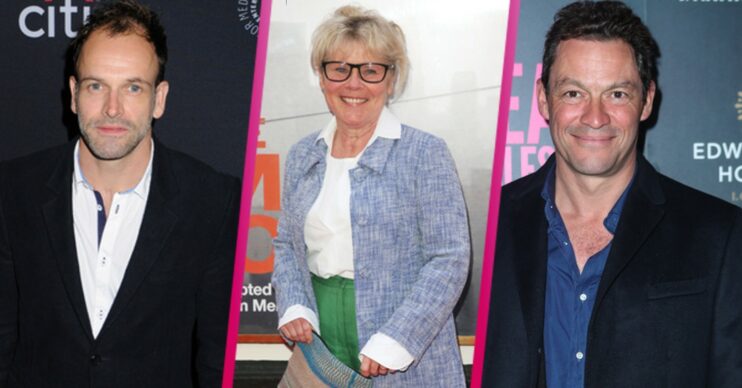 Who is in The Crown season 5? Full cast list so far as Netflix series changes line-up

It's all change on the monarchy series.

It’s a changing of the guards on The Crown – with the entire cast getting turned over for season 5.

And with season four sweeping awards season, they have some pretty big shoes to fill.

Luckily, the incredible announcements makes it look like they’re on their way to doing just that.

Unfortunately, we’ll likely be waiting until November 2022 to see them in action.

In the meantime, here’s what you need to know about the new Royals in our lives.

Who are the leading stars of The Crown season 5?

Takes over from: Claire Foy (seasons one and two) and Olivia Colman (seasons three and four)

Imelda Staunton is praised for her roles in Vera Drake, Shakespeare In Love, and Pride.

To millenials, she’s the woman we love to hate as Professor Umbridge in the Harry Potter series.

Takes over from: Matt Smith (seasons one and two) and Tobias Menzies (seasons three and four)

Jonathan Pryce is most known today as the High Sparrow in Game Of Thrones.

Takes over from: Josh O’Connor (seasons three and four)

He’s since appeared in The Pursuit of Love, Les Miserables, Stateless, and The Affair.

Elizabeth Debicki is a 31-year-old Australian actress. She shot to fame in 2014’s The Great Gatsby alongside Leonardo DiCaprio and Tobey Maguire.

In 2016, The Night Manager with Tom Hiddleston cemented her accomplishments as an actress.

Other film features include Guardians Of The Galaxy Vol.2 and Christopher Nolan’s Tenet.

Takes over from: Emerald Fennell (seasons three and four)

As well as this, she starred in Rushmore, An Education, Manhattan and The Halcyon.

She also had a one-off role in Friends as Joey’s ‘friends with benefits’ while he’s in London for Ross’s wedding.

Takes over from: Vanessa Kirby (seasons one and two) and Helena Bonham-Carter (seasons three and four)

Lesley Manville is currently filming Dangerous Liasons and Magpie Murders as well as The Crown season 5.

She previously starred in Phantom Thread, TV series’ Harlots, Save Me and World on Fire.

Takes over from: Erin Doherty (seasons three and four)

Claudia’s biggest roles to date include parts in Channel 4 drama Humans, and comedy The IT Crowd.

She is an associate teacher at RADA (the Royal Academy Of Dramatic Arts).

Which new characters will be introduced in The Crown season 5?

As well as the main cast, there are new faces in the orbit of the main monarchy this season.

Most recently, he completed a seven-season stint as Sherlock Holmes in crime procedural drama, Elementary.

John Major was a Conservative government leader from 1990 to 1997, taking over from Margaret Thatcher.

Bertie Carvel is an esteemed actor of stage and screen. He’s owner of two Olivier awards.

Labour leader Tony Blair will join The Crown around the period of 1997. It’s the year he becomes Prime Minister, and the year Princess Diana died.

He died in the Paris car crash that also killed the Princess in August 1997.