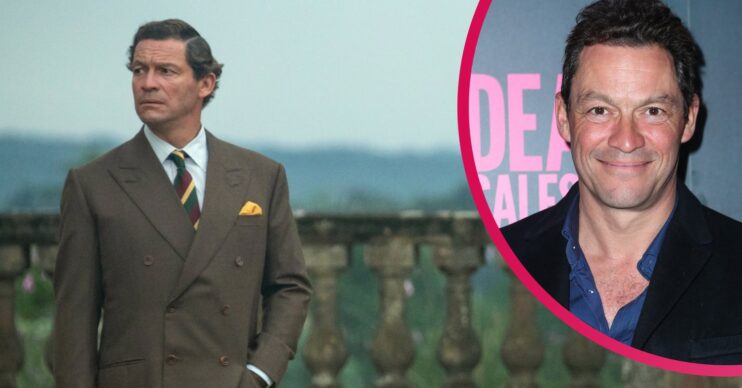 Dominic West is finally confirmed as Prince Charles in the final two seasons of The Crown.

Despite being the main name attached to the show for almost a year, Netflix hadn’t confirmed the actor’s appearance until today.

But now they finally have and added a first look photo to boot. West looks troubled as he stands on his estate.

In a second photo, a first look at Princess Diana – Elizabeth Debicki –  saw her looking just as upset, with her marriage falling to pieces.

Season five will likely pick up during 1992 – a year described as the ‘annus horribilus’ by Queen Elizabeth.

The year saw three marriages within the Royal family disintegrate, a number of scandals befall the family, and a fire break out at Windsor Castle.

Charles and Diana’s marriage did not survive that year. Although their divorce only came through in 1995, they announced their separation that November.

Debicki and West will make their debut in season five, consequently slated for release next year.

The Crown will end after season six, making them the final on-screen portrayal of the couple.

However, it’s thought Diana’s death in 1997 will air in season five.

Read more: Martin Bashir’s interview with Princess Diana will feature in The Crown

It is not known who will play Camilla Parker-Bowles, Charles’ now wife and former mistress previously blamed for the marriage breakdown.

Who joins Dominic West in the new line-up?

It’s all change for season five as the show’s time jump allows a brand new cast portraying the famed characters.

As a result, the current cast consists of:

The Crown seasons one to four are on Netflix now.