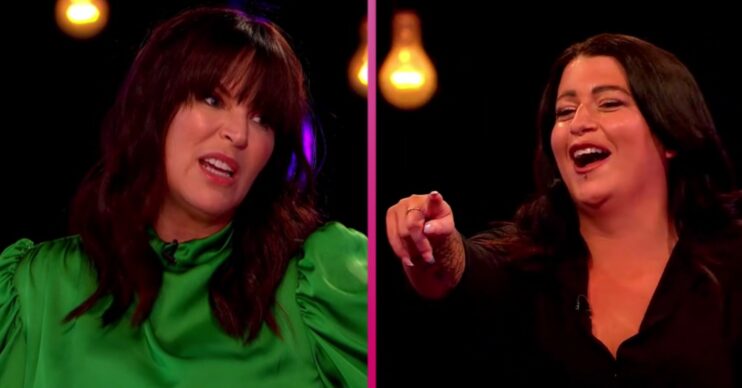 Suitors made their case for contestant Deanne’s heart during the Channel 4 episode. But unlike most segments on the cheeky series hosted by Anna Richardson, the hopefuls at one point wore some threads.

However, those threads resembled those worn by the Spice Girls over twenty years ago.

Several viewers subsequently expressed on social media they were ‘traumatised’ by the sight of men in various stages of undress jiggling around to the musical likes of Geri Halliwell and pals.

Prior to the Spice Girls homage, contestant Deanne told Anna she is “bit of a ladette”.

She continued: “I spend most of the time in the pub with my dad.”

And Deanne also shocked Anna by revealing her dad once accidentally walked in on her while she was having sex.

Explaining her reaction, Deanne added: “I just literally laid there pretending I was dead.”

The Spice Girls-inspired interlude that featured in her appearance on Naked Attraction, however, just left everyone else in the world wishing they were dead instead.

One onlooker pondered why the segment went against the very basic premise of the series.

“#NakedAttraction Why are men dressing up as Spice Girls on a show where you are supposed to be naked?” they asked.

Another was more concerned about the lasting scars that might be endured from witnessing such antics.

They tweeted, adding three crying emojis to their post: “That Spice Girls segment on Naked Attraction will be seared into my memory forever #NakedAttraction.”

It’s going to take me a while to get over the Spice Girls thing.

And someone else agreed: “It’s going to take me a while to get over the Spice Girls thing #NakedAttraction.”

Meanwhile, a different but equally incredulous fan watching at home asked themselves: “Am I really watching five blokes dressed as the Spice Girls shaking their todgers on my TV? #NakedAttraction.”