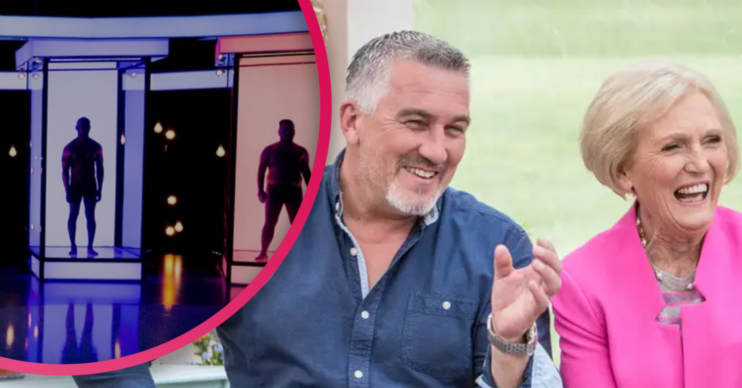 Naked Attraction often leaves viewers open-mouthed, but a new mash-up on Twitter has got them streaming tears of laughter.

One clever soul has taken footage from the Channel 4 show and added old Paul Hollywood and Mary Berry commentary from Great British Bake Off onto it.

So instead of hearing presenter Anna Richardson discussing the contestants’ bodies as she looks at willies in the pods, we hear Paul and Mary making comments about things being lopsided, a bit of a mess and soggy!

At one point Mary Berry chimes in: “The middle is soft.”

Paul adds: “He’s going to have problems struggling to rise those balls.”

Mary is then heard saying, “It’s just not long enough” as there’s a close-up of a penis.

Paul concludes: “It’s soggy underneath but it’s holding itself quite well.”

#NakedAttraction but with the sound of #BakeOff **contains male nudity** 🍆pic.twitter.com/ak7DRfqQ4E

Tweeters congratulated the creator, Darren Dutton, on his handiwork.

Someone joked: “No showstoppers in that tent.”

Another noted: “I screamed at the last one. It really wasn’t long enough.”

Kneeling at the feet of your genius, Darren!

Get on Naked Attraction

While most struggle to understand why some people are happy to take all their clothes off on the telly, the Channel 4 show confirmed yesterday that it’s looking for contestants. Are you or is someone you know game?

Applications for the next series were previously open in February and March, but the show was halted by lockdown.

But the search is now back on for brave singles to show the world what they’ve got!

Do you watch Naked Attraction? Visit our Facebook page @EntertainmentDailyFix and let us know what you think of it.