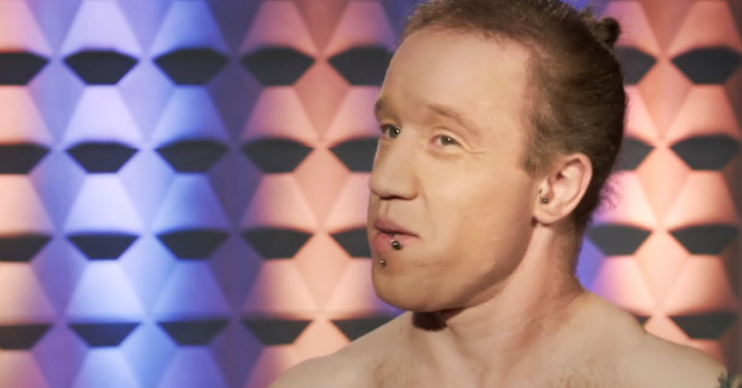 It saw him booted from the show

Channel 4 viewers were left disgusted after a contestant on dating show Naked Attraction was revealed to have “crusty” and “manky” toenails.

During last night’s (16.01.20) episode, flight attendant Alex, 27, featured on the programme to find himself a man.

When he stood before the pods, each of which hides one completely naked singleton, host Anna Richardson asked Alex why he didn’t have a boyfriend.

He told her: “I intimidate a lot of guys. I talk too much. The past relationships that I’ve had have always been a bit turbulent.”

Forget the willies, if you’ve awful toes you are gone.

When the screens were raised and Alex got a good luck at each of the hopefuls’ bottom halves, there was one that caught his attention.

As is usually the case they initially talked about the man’s genitals, but their eyes were soon drawn to the contestant’s toenails.

Anna said: “Let’s just have a little bit of a look at the feet and the toes.”

“Oh red!” Anna laughed. “You’ve got a cracking helmet but you need to work on the toes.”

When the time came for Alex to reject his first suitor, he picked red and admitted it was because of the toes.

Reacting on Twitter, one viewer said: “What’s with the nasty toes!? #nakedattraction.”

Another wrote: “The crusty toe nails got him binned hahahah #nakedattraction.”

A third put, with a crying emoji: “OMG the toes. Forget the willies, if you’ve awful toes you are gone #NakedAttraction.”

What’s with the nasty toes!! #nakedattraction

the crusty toe nails got him binned hahahah #nakedattraction

For some reason I thought I'd put #nakedattraction on and I dunno what's worse, the wonkey peens or the YELLOW TOENAILS. I'm out.

Them toe nails ,have put me right off my pork scratchings #nakedattraction

Someone else tweeted, with nauseated and vomiting emojis: “I can deal with the [bleeps] on the TV but I draw the line at the fungal toe nails #NakedAttraction.”

“For some reason I thought I’d put #nakedattraction on and I dunno what’s worse, the wonkey peens or the yellow toenails. I’m out,” said a fifth.

A sixth wrote: “Those toe nails have put me right off my pork scratchings
#nakedattraction.”

It was the second episode in the new series of the Channel 4 dating programme, which has since been added in its entirety to All 4.