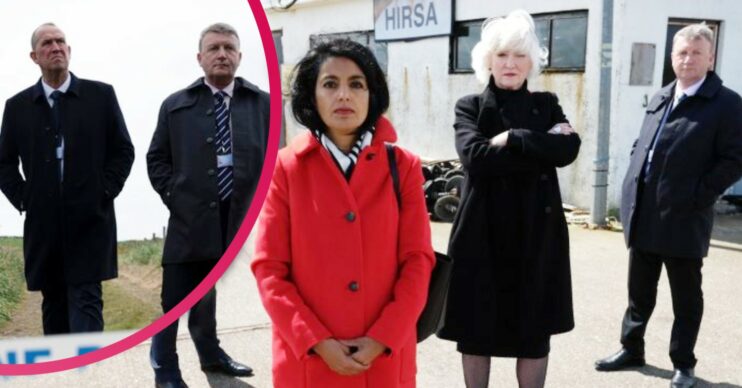 One part of the show is killing viewers!

Murder Island is turning viewers off with one aspect of its contents – those dramatised scenes.

In the Channel 4 show which began last week, eight contestants are trying to solve a fictitious murder on a remote island.

What happens in Murder Island?

Four pairs of friends and relatives have turned amateur detectives to solve a murder mystery.

Three real life detectives advise them in their investigation, and point out any errors they make.

The contestants have all the resources a real detective would have, from pathology to forensics.

The team who arrest the perpetrator and build a watertight court case against them will win £50,000.

The body of Charly Hendricks was found on episode one.

She lived at a rundown property that she had been renting from the local landlord.

Read more: Murder Island – which books has Ian Rankin written and who are the experts?

The sleuths set about trying to piece together exactly who she is.

Crime writer Ian Rankin wrote the storylines for the show, saying it ‘kept him sane’ in lockdown.

Where is Murder Island filmed?

Murder Island was filmed on an island called Gigha, off the south west coast of Scotland.

It was renamed Hirsa for the fictional murder stories.

The community there is served by one pub, one shop and one primary school.

So what’s got people moaning?

Some ‘flashback’ scenes are dramatised, and it’s these that have upset fans.

They sparked a barrage of hilarious gifs and disappointed comments on social media.

One viewer tweeted: “Trying to watch this Murder Island thing, but the drama side of it feels off. So false, “I hate it.”

Read more: How does C4 show Murder Island work, what’s the prize and where is it filmed?

Someone posted: “I was hyped for Murder Island but it seems it’s going to be 10 per cent of the detective bits we were promised and 90 per cent cheap drama”

A third wrote: “This is literally like a GCSE drama group got let loose on a school trip and were told to improvise.”

Another agreed: “The terrible acting is doing my head. GCSE drama is better than this.”

What do you think of Murder Island? Let us know on our Facebook page @EntertainmentDailyFix