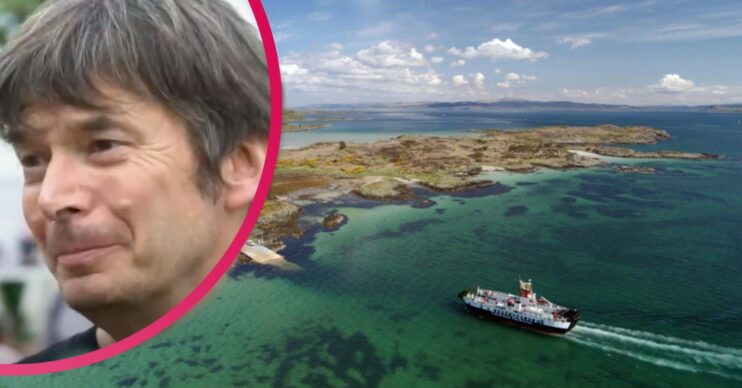 Murder Island: Which books has Ian Rankin written and who are the show’s experts?

It'll be a crime to miss this new reality programme

Armchair detectives can live their dreams when Murder Island starts tonight – but meet the exprts!

The reality show will see pairs of contestants try to solve a murder before finally finding the culprit.

And the winning duo who build a watertight case will scoop Murder Island’s £50,000 prize.

Who wrote the Murder Island stories?

Each of the six episodes focuses on the murder of resident Charly Hendricks on the fictional island of Hirsha.

Ian Rankin is a Scottish novelist and is best known for his Inspector Rebus series.

He was born in Cardenden, Fife, but later moved to Edinburgh, which is also where most of his crime thrillers are set.

But not this time.

Channel 4′s Murder Island was filmed on the real island of Gigha, off the south west coast of Scotland.

It’s such a dangerous thing to try to do.

He told The Radio Times: “It’s such a dangerous thing to try to do, it’s mad!

“But it stretched me in all kinds of ways because this isn’t normally the way I operate.

“It was a challenge but a really entertaining one, and it kept me sane in the first few months of the year when we were still in lockdown.”

Who are the Murder Island experts?

Who are the experts on Murder Island?

Throughout the Murder Island series, the amateur sleuths are watched over by three real life detectives.

She hit the headlines last week when she called for all police officers to be re-vetted following the Sarah Everard murder case.

Former police officer Wayne Couzens was jailed for the horrific abduction, rape and murder of the 33-year-old.

As reported by the Daily Mail, Parm said: “Everybody who works in policing now should be re-vetted.

“Those people who got through the vetting procedure 20 years ago, 30 years ago, all of them.”

Parm is joined by Simon Harding, a former Detective Chief Inspector with the Met Police who now runs a Specialist Crime Consulting Group.

Her other deputy is Detective Sergeant Graham ‘Maca’ McMillan, who works in the Bedfordshire and Hertfordshire Major Crimes Unit.

Who are the contestants on Murder Island?

The four pairs are made up of people who already have a relationship of some kind.

Parents Sarah and Richmond are from London and say their perfect date is watching a crime thriller with a pen, paper and a bottle of wine.

Read more: 24 Hours in Police Custody on C4, what happened in the Luton chicken takeaway fight?

Andrew and Nick are not only brothers-in-law but friends who’ve known each other their whole lives.

While Nick is a former Captain of the army, Andrew comes from a long line of police officers.

Mature ladies Chrissie and Caroline are next-door neighbours from Staffordshire.

And the fourth duo is made up of best friends Dot and Rox, both in their early 20s and from Hastings.