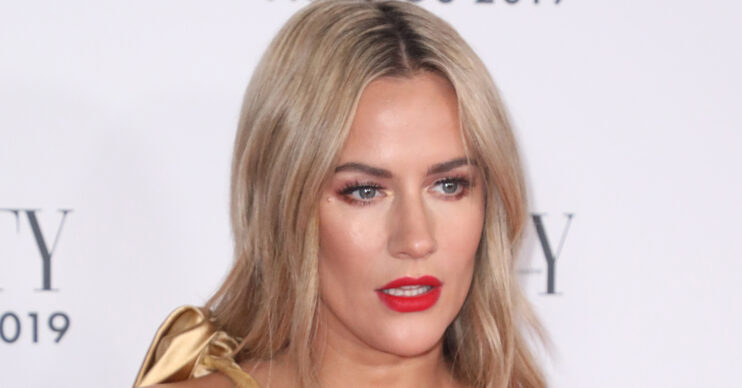 All so heartbreakingly tragic...

Caroline Flack tragically took her own life in February, 2020, aged 40.

And now her mother, Christine, is calling out Love Island and ITV2 bosses.

The grieving parent says it is heartbreaking to see ‘another girl’  host Love Island, a role Caroline had previously become synonymous with.

What’s more she says she believes the television channel ITV2 could have done more in the wake of Caroline’s passing.

What has Caroline Flack’s mum said about ITV2?

“It’s all very well putting these films on saying, ‘Oh, we love Carrie blah blah blah but you know, just have a little bit of respect.”

Elsewhere in the interview, she said that a doctor suggested to Caroline that she may have bipolar disorder just weeks before she took her own life.

But Christine says she always suspected Caroline may have had the mental illness.

Heartbreakingly, she added that Caroline desperately didn’t want the public to know of her mental health battles.

And she loathed being called “mental” – even by her friends – as this greatly hurt her feelings.

Caroline hid her ‘dark side’ from the public

The article also claims that Caroline had previously attempted to take her own life as a teen and had secretly entered rehab several times as an adult.

The celebrity host and personality was facing a court appearance over an alleged assault of her former partner Lewis Burton.

However, she tragically ended her life a month before she was due in court.

That previous Christmas, she shared on Instagram post in which she expressed the intense scrutiny she felt she was under.

Her words included: “Been advised not to go on social media … but I wanted to say happy Christmas to everyone who has been so incredibly kind to me this year… this kind of scrutiny and speculation is a lot to take on for one person to take on their own… I’m a human being at the end of the day and I’m not going to be silenced when I have a story to tell and a life to keep going with.”

*If you have been affected by any of the issues raised in this article, contact The Samaritans on 116 123.

They are available for free at anytime. Or email jo@samaritans.org.