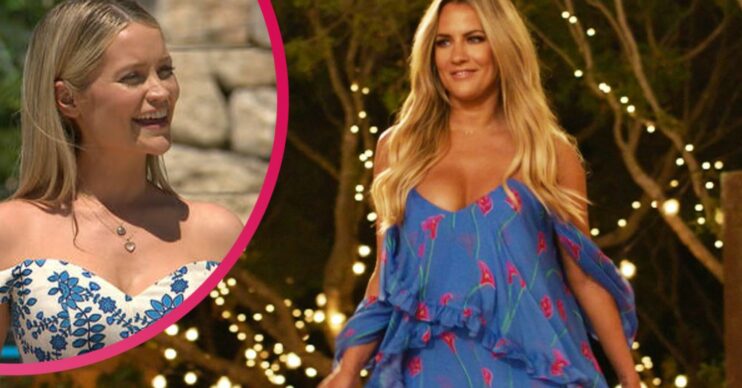 Love Island has finally returned in 2021 for series 7, but fans are desperately missing Caroline Flack.

The ITV2 reality show began last night (June 28) when an array of new contestants made their way into the villa.

However, some viewers just don’t think the Love Island is the same anymore.

When host Laura Whitmore made her way into the villa to greet the new stars, viewers rushed to social media to share an array of Flack-isms they’ve been missing since the ITV star passed away.

The former Love Island host became synonymous with her legendary slow-motion strut into the villa.

Often imitated but never bettered, sadly Laura Whitmore doesn’t quite have the same power behind the walk that made Caroline so beloved by viewers.

Other fans said they would miss commentator Iain Sterling’s booming voice saying “the Flack is back!”.

With @LoveIsland coming back can we just take a moment to remember the best host Caroline Flack the fact that we won’t be hearing “the flack is back” actually saddens me. RIP Caroline pic.twitter.com/0cEybJghbQ

The ITV2 presenter became known for her long, flowy dresses, and many tuned in to see what she’d stomp into the villa wearing next.

Meanwhile, others tweeted about the show just not quite hitting the same sweet spot without Caroline’s energy.

Caroline and Laura were pals, and the Love Island 2021 presenter recently paid tribute to the late star as she geared up for series 7.

In a heartwarming post on Instagram, Laura confessed she hoped to be able to fill Caroline’s shoes.

“I think we’re all ready for some love! Ahhhhhh! So excited to watch the new islanders,” she said.

“Hope you enjoy talking about them and following their journey and just a reminder to treat them with love, compassion and respect when they leave the show and go back to real life.

Laura added: “Caroline, I hope we do you proud!”

The new series of Love Island can be streamed now on ITV Player and Britbox. You can catch tonight’s episode on ITV2 at 9 pm.

Are you missing Caroline? Leave us a comment on our Facebook page @EntertainmentDailyFix and let us know what you think of this story.