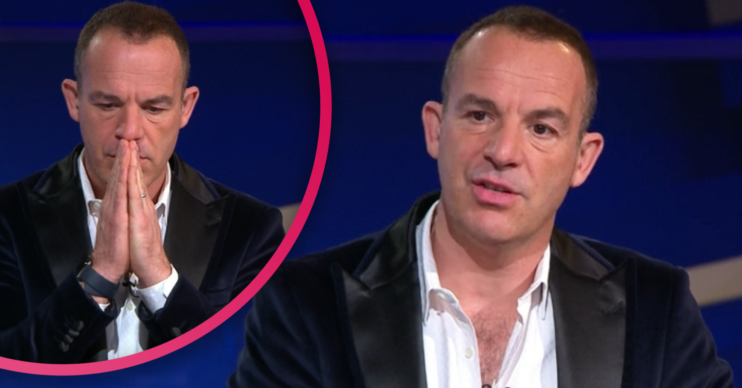 He said he felt 'impotent' when it came to offering advice

Martin hosted the show alongside Angellica Bell and he admitted one particular query about fixed rate energy deals “killed” him.

Chatting to one viewer, Martin apologised and said that he wasn’t sure “how much hope” he could offer.

Sara explained: “It’s been a tough year having lost my husband to COVID this time last January.

“I’m continuing to battle my own serious long-term health issues as well. I’m a single parent and really worrying about rising energy bills.

“I’ve been moved to British Gas and prices are rising rapidly.”

Sara went on to ask what she should do – if she should switch to a fixed rate deal.

And, while Martin’s advice was mixed, his reaction to the woman’s predicament wasn’t.

He said: “First of all I’m very sorry to hear about your loss.”

Martin added: “I’m not sure how much hope I can give you. I’m so sorry I can’t give you a firm answer. It kills me.”

Taking to Twitter, he revealed the impact the segment had on him.

“I feel near tears after doing my show,” he admitted.

I’m so sorry I can’t give you a firm answer.

“I started doing what I do out of a passion for financial justice and providing solutions.

“To be unable to help a single mum who lost her partner in COVID afford her energy bills leaves me feeling impotent.

I feel near tears after doing my show. I started doing what I do out of a passion for financial justice & providing solutions. To be unable to help a single mum who lost her partner in covid afford her energy bills leaves me feeling impotent. I’m shaking

The post was met with a lot of sympathetic responses.

“Nobody should be living in these conditions, unable to pay your energy bills when our government can waste £38bn on a track and trace system that is diabolical,” said one.

Read more: Martin Lewis ‘could barely leave the house for years’ after tragic death of his mum ‘ended his childhood’

“As a CAB debt adviser, we see this daily. People do not have enough to live on. They cannot afford to be warm and it’s only getting worse,” a third declared.

However, Martin did hit back at some tweets.

“This isn’t about one person, it’s a totem for millions who’ll be in fuel poverty.

“Instead I try to give answers, lobby for change and put my money where my mouth is,” he concluded, sharing a link to a blog post he’d written on the subject.

One fan replied: “Thank you for all you do Martin, sending much love.”

So what’s your take? Let us know what you think on our Facebook page @EntertainmentDailyFix.