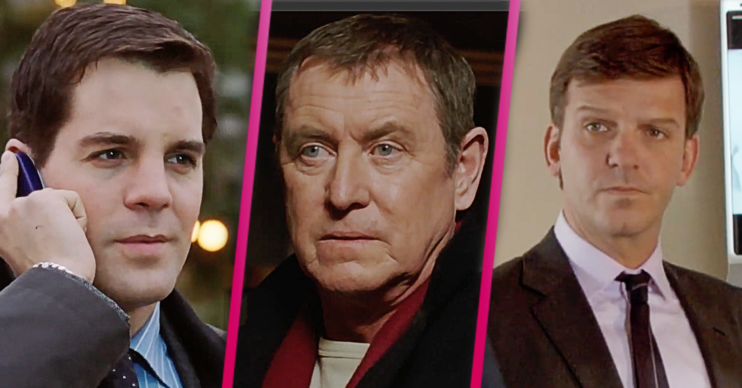 Midsomer Murders cast: Who played previous cast members and what happened to them?

A trip down memory lane...

However, the show has been running for 21 series and before these two characters, a whole raft of famous characters preceded them.

So who were they and how did they leave the show?

The star captured hearts as DCI Tom Barnaby for 13 series.

Already a star thanks to Bergerac in the 1980s, John launched the show and became a hit with crime drama fans.

He appeared in a whopping 81 episodes before the character handed over the reins to his cousin, John Barnaby (Neil Dudgeon).

Gavin was known for his reckless driving and the two got into plenty of scrapes on the road.

However, this complex character was a valuable partner, especially when he rescued Barnaby from a hostage situation in the episode Painted In Blood.

In the end, Gavin was promoted to the rank of Inspector and transferred to Northumbria Police.

But that wasn’t the last fans saw of him – he made a guest appearance in series 11, where he attended the wedding of Barnaby’s daughter, Cully.

Transferred from the MET in London, his relationship with Tom Barnaby was prickly at first.

Because of his cocky nature, Barnaby never fully warmed to Dan, even when a love interest was brutally murdered.

And his departure from the show is shrouded in mystery – calling in sick in the episode The House In The Woods, he never came to work and was never seen or heard from again.

Already a star thanks to 1990s hit, This Life, Jason played DS Benjamin Jones from series nine to 15.

His first appearance saw him assist Tom Barnaby when Dan Scott called in sick. He then became a fixture in the show.

Initially a Detective Constable, he was soon promoted to Detective Sergeant thanks to his sterling work.

During a memorable run, Benjamin revealed he used to be a Freemason and had an excellent singing voice when he sang with the Midsomer Worthy choir.

However, Benjamin was ambitious and had an eye on Tom’s job once he announced his retirement. He wasn’t best pleased when Tom’s cousin John took over from him.

In the end, Benjamin got his promotion – he became an Inspector in Brighton.

Moving into Dr Kate Wilding’s house as a lodger, the soon begin a relationship.

Charlie stuck around for two series (series 16-18) and eventually left to take an undercover course.

A short stint in Midsomer, but a crucial one – he was the first DS who had never worked with Tom Barnanby, his partner throughout being John.