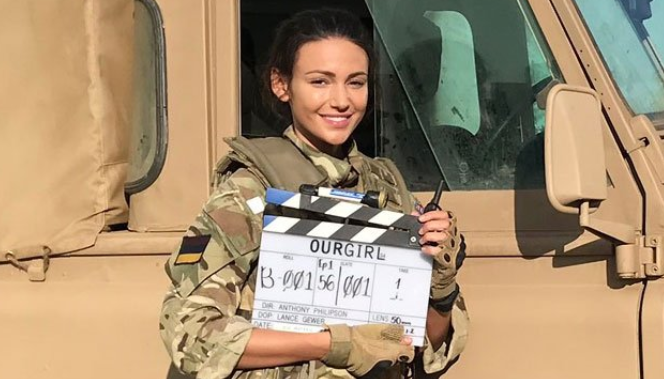 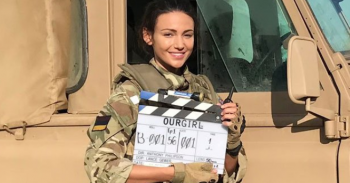 2 Section are back in Afghanistan

Shooting has started for the next series of hit BBC One drama Our Girl.

The star of the show, former Coronation Street actress Michelle Keegan, returned to South Africa this week to begin filming the fourth series.

As the series begins, she’s living with her family in Manchester and happily settled in her job, with no plans to join her pals in 2 Section on their upcoming deployment to Afghanistan.

But a near-fatal incident on a night out convinces her that the real reason she doesn’t want to go is because she’s still wracked with fear and grief after losing Elvis, the love of her life, to a Taliban attack.

Determined to face her fears, Georgia returns to Afghanistan.

She is joined by a host of new faces this time around, including Nico Mirallegro (My Mad Fat Diary), Kaine Zajaz (Informer), Will Attenborough (Midwinter Of The Spirit), Amy-Leigh Hickman (EastEnders), Nabil Elouahabi (EastEnders), Josh Bowman (Revenge), Badria Timini (Unforgotten) and Nebras Jamali (The Looming Tower).

Yes, you may have noticed someone significant is missing from that list… it appears Ben Aldridge, who has played Captain James from the beginning, has left.

Michelle Keegan said in a statement released by the BBC: “It is such a joy to reprise the role of Georgie Lane and this season we return to Afghanistan where the British Army retains a presence training Afghan National Army personnel.

“With some of the most incredible and explosive scripts I’ve ever read, this six-part story will rip the heart out of our loyal fan base and new viewers alike.”

Our Girl’s writer and creator, Tony Grounds, commented: “Fantastic to be with 2 Section once again as they head back to Afghanistan to assist with the training and mentoring of the Afghan National Army.

“Into our platoon we have enlisted some of the most talented young actors of the next generation. Michelle Keegan’s Sergeant Georgie Lane is an inspiration to all and it is a delight and honour to work with such a troupe.”

“They couldn’t have a better role model than our leading lady Michelle Keegan whose professionalism is only equal to her talent.”

Are you looking forward to the new series of Our Girl? Leave us a comment on our Facebook page @EntertainmentDailyFix and let us know.