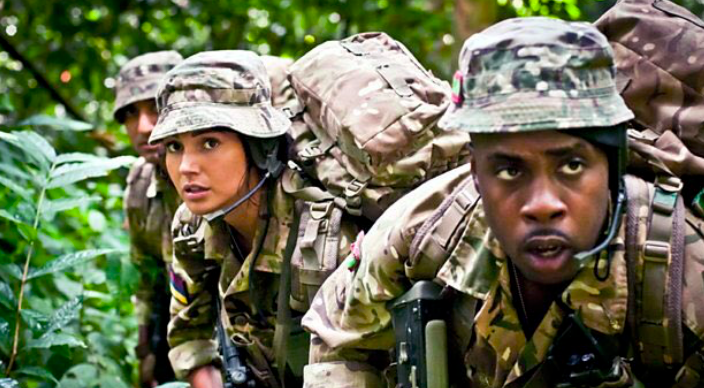 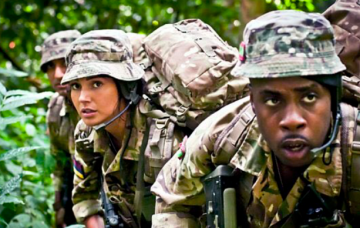 After a seriously tense end to series three of Ouy Girl – not to mention a massive cliffhanger – we can’t wait for the BBC drama to return for its fourth season this year.

And – with filming starting next month – we hopefully won’t have to wait too much longer for details. Here’s everything we know so far about the returning military drama.

If you’re wondering, YES, Michelle Keegan is coming back. Last month, the BBC confirmed the former Coronation Street actress would return for the new series, to reprise her popular role as Georgie Lane.

Michelle’s husband Mark Wright recently revealed she was due to head out for filming again this year in an interview with Fabulous magazine – meaning any baby plans the couple have are on hold until after that.

When we left Georgie in series three, she had just struck up a potential romance with Captain Charles James, played by Ben Aldridge.

After being injured by an explosion, the army medic finally gave in to her feelings and Captain James revealed his marriage was over.

In the final few minutes of the finale, 2 Section tried to escape an armed cartel and were left with no choice but to leap over a cliff.

We will be picking up the story one year on from 2 Section’s last tour in Bangladesh.

The BBC confirms: “A positive Georgie is making leaps in her career, having been promoted to Sergeant, and now training a new bunch of medics. Happily living back in Manchester with her family, Georgie is insistent to her friends in 2 Section that she’s happy settled in her new job and will not be joining them on their upcoming deployment to Afghanistan, no matter how much they want her to.

“However, when a night on the town results in a near-fatal incident, she can’t deny that the painful memories of losing the love of her life, Elvis, to a Taliban attack, is the real reason she doesn’t want to go back. Georgie realises that she needs to return to Afghanistan to face her own fears.”

About returning for the new series, Michelle says: “Being in Our Girl has been one of the highlights of my career so far.

“I feel very lucky to be part of the show and I’m really excited that it’s coming back. The audience response has been so positive and I think Georgie is a character who resonates with viewers.”

She adds: “I absolutely love playing the role. Be prepared for another incredible series – Georgie’s still got unfinished business.”

Michelle, 32, who is married to TOWIE alumni Mark Wright, has been in the popular series since 2016, when she took over the starring role from EastEnders star Lacey Turner.

The first series aired in 2014 with Lacey playing Molly Dawes. The second series followed, with Michelle as the lead, in 2016. The third series was divided into two parts, across two years – with series three, part two finishing in June 2018.

The BBC series is written and created by Tony Grounds, who says of the new series: “I’m absolutely delighted that Michelle Keegan will be reprising her role as Georgie Lane for another tour of Our Girl.

“2 Section are deployed to Afghanistan as part of Nato’s Resolute Support Mission to develop the military capability of the Afghanistan government’s armed forces. But with the Taliban controlling large swathes of the country and Georgie Lane’s haunting memories of Elvis lost last time she was in the country, this mission was never going to be easy.”

The BBC have not confirmed an air date for series four, but say filming in South Africa will begin in April for four months.

We’re so excited! Although, if reports of Mark’s broodiness are to be believed, they might want to get cracking before filming starts…

Will you be watching the new series? Leave us a comment on our Facebook page @EntertainmentDailyFix and let us know what you think.