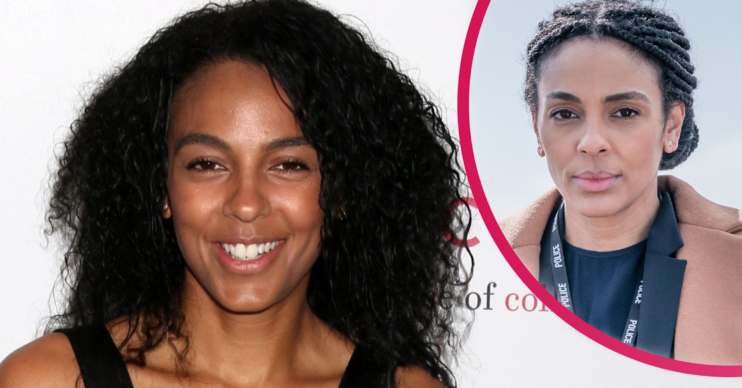 Marsha Thomason in The Bay: How the star found fame in the US before her first UK starring role

But even though Marsha is a big deal in the US, this is her first starring role in a British series.

So what has been her route to success, and what else has she starred in?

What did Marsha Thomason say about The Bay… and her first UK starring role?

In an interview with journalists, Marsha – who takes over from Morven Christie in series three of The Bay – talked about her first UK-based starring role.

“It’s the first time I’ve been number one on the call sheet,” she said.

Read more: The Bay series three on ITV1: How many episodes is it, what’s it about and what happened to DS Lisa Armstrong?

“And even though I live in the States, I had seen the first series of The Bay and loved it.

“I was so excited to be cast, but I do feel a certain amount of pressure, because Morven’s are big shoes to fill.”

Where is Marsha Thomason from?

Marsha was born in Moston, Manchester, the daughter of a Jamaican electronics company worker mum and an English dad who worked in politics.

From the age of 13 onwards, Marsha took an interest in acting and attended the Oldham Theatre Workshop.

Despite her Manchester upbringing, she’s keen to put one thing straight.

Speaking to The Independent, she said: “That I’m a Manchester United fan. It drives me crazy. I’m a City fan.

“Another misperception is that I can actually play football, like my character, Shazza in Playing The Field.

“Truth is that my sister Kristy was my legs double; she has the footie skills.”

How did Marsha start her career?

Marsha started her acting career here in the UK.

After an appearance in 1997 series Pie In The Sky, Marsha landed a recurring role in the aforementioned Playing The Field.

In that same year of 1998 Marsha also appeared in ITV district nurse drama, Where The Heart Is.

The series starred Sarah Lancashire, Pam Ferris and others, and Marsha played Jaqui Richards for 20 episodes.

After her initial breakthrough in UK drama, Marsha then made the move to Hollywood.

Did Marsha star in Magnum PI and what are her other hits?

Two-thousand-and-three was a huge year for Marsha.

She not only landed a role opposite Eddie Murphy in the movie, The Haunted Mansion, but also secured a part in glossy drama Las Vegas.

She told the Manchester Evening News: “I had a funny year in 2003. I was working on The Haunted Mansion, then I did the pilot for Las Vegas, then I came back to Manchester to do the second series of Burn It.

“My first day was on a council estate in Manchester in the rain.

“Then I went back to start Las Vegas. They are worlds apart, but I take each project as it comes.”

“I live somewhere else, I come home, everybody is the same. It’s fine to come back to Manchester – it’s a great place.”

The hits kept on coming.

There was NCIS: Los Angeles, The Good Doctor, White Collar and even iconic mystery show, Lost, where she played Naomi Dorritt for 12 episodes.

Most recently, she appeared on Sky’s reboot of Magnum PI.

What does she put her success in the US down to?

In 2012, Marsha appeared on the CY Interview podcast and discussed her career in the US.

She said: “Well, I’m one of those awful people who you know I just had a really lucky break.

“Fox were looking to cast somebody in Black Knight and they couldn’t find a black actress over here who could do an English accent, which is not say that they’re aren’t any, but they didn’t find one.

“So they came to England and you know I was lucky enough to get the job and that helped me launch my career over here.”

Is Marsha married and does she have children?