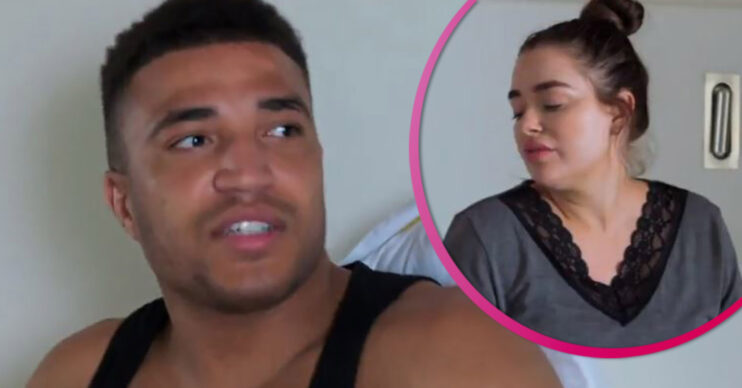 Married at First Sight UK: Josh and Amy hit the rocks on honeymoon in explosive trailer

Married at First Sight UK stars Josh and Amy appear to hit the rocks on their honeymoon tomorrow night.

The pair tied the knot during an episode of the E4 reality series last week, and they didn’t seem like a perfect match straight away.

In a trailer for tomorrow night’s episode (September 7), Josh and Amy’s relationship doesn’t seem to be progressing.

In the trailer, Josh and Amy are enjoying a tropical getaway following their wedding.

But while some couples get closer, Josh and Amy don’t appear to be.

Meanwhile, following their wedding during last week’s episode, the pair didn’t seem to hit it off straight away.

During their wedding photoshoot, Amy asked: “Do you want to do a little kiss?”

However, Josh replied: “Let’s save that for later…”

Josh had also admitted that he didn’t know if there was a spark between them.

He said: “I don’t know if there’s a spark between us.”

Viewers weren’t confident in the match and shared their thoughts on Twitter.

One person said: “So Amy and Josh are gonna last till the end of the day.”

Another wrote: “I do not get the Amy and Josh match WHATSOEVER.”

Married at First Sight UK airs Monday – Thursday nights at 9pm on E4. Catch up on the series so far on All 4.

Do you think Josh and Amy are compatible? Leave us a comment on our Facebook page @EntertainmentDailyFix and let us know what you think of this story.