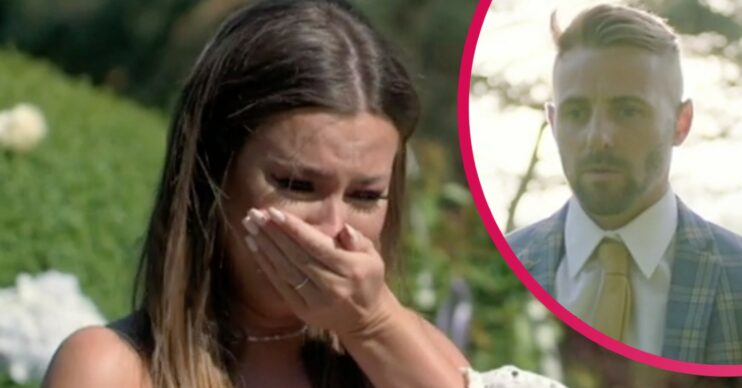 MAFS UK: Adam and Tayah in heartbreaking split after he declares ‘something is missing’?

Have they fallen at the final hurdle?

Married At First Sight UK couple Adam Aveling and Tayah Victoria could be heading for a heartbreaking split.

The pair instantly connected on the E4 reality series, after being matched together by the dating experts.

But if tonight’s teaser clip is anything to go by, will Adam and Tayah remain together?

On Wednesday (September 29), viewers watched on as three couples took part in their vow renewals.

The contestants initially spent time apart to reflect on their future, before reuniting at the ceremony.

Franky and Marilyse were one of the couples making the ultimate decision.

Meanwhile, Josh and Amy came close to deciding their fate.

But as the episode ended, tomorrow night’s bombshell was exposed.

Luke and Morag are set to take part in their vow renewal ceremony on Thursday.

Adam and Tayah in heartbreaking split?

They will also be joined by Adam and Tayah.

The pair have proven to be one of the strongest pairings throughout the experiment.

However, the teaser clip appeared to show otherwise.

I’ve started to feel that something was missing

The explosive trailer showed the couple during the ceremony, with Adam making his final speech.

He said: “Recently I’ve started to feel that something was missing.

“It’s been eating away at me and I didn’t know the right time to bring it up. That time is today.”

Tayah was then seen dramatically sobbing, while Adam looked on with a stern expression.

Meanwhile, the teaser comes shortly after viewers expressed their doubts over Adam and Tayah’s romance.

During the final dinner party this week, the couple packed on the PDA and declared their love for one another.

Tayah said in front of the group: “Honestly, I never thought soul mates existed until I met Adam.

“I feel very at peace with my life now and Adam is the person to thank for that.”

However, some viewers were left second guessing the couple.

On Twitter, one said: “Tayah and Adam are so forced it’s actually cringe to watch!

“They way they always have to hold each other, touch each other, kiss each other is almost like they are trying to PROVE how ‘in love’ they are!”

Another agreed: “Not feeling Tayah and Adam at all. Something seems very disingenuous #MAFSUK.”

Read more: Married At First Sight UK: Are Tayah and Adam having a baby? Are they even still together?

However, one argued: “I don’t know why people are hating on Tayah and Adam so much.

“They really seem like a great match and I’d be a bit smug if I was them! #MAFSUK.”

Married at First Sight UK runs Monday – Thursday nights at 9pm on E4. Catch up on the series so far on All 4.