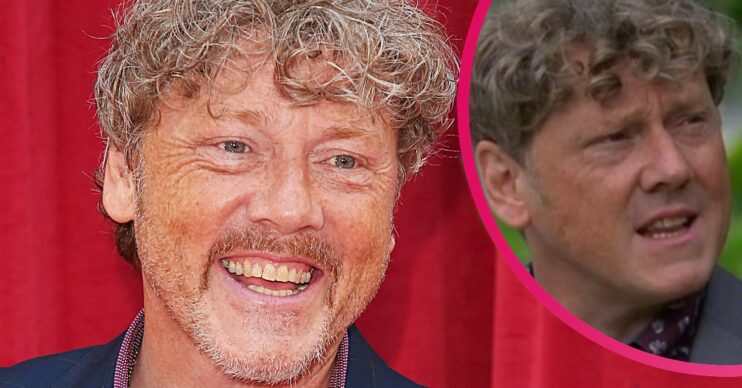 Mark Jordon on Holby City: Who did he play on Emmerdale and why was he arrested?

We miss him as Daz!

Mark, 56, is now set to appear in the BBC hospital drama Holby City.

So why did he leave Emmerdale? And why was he arrested a few years back?

Who is Mark Jordon playing in Holby City?

His role comes just less than a week after the BBC confirmed they are cancelling the show next year.

The BBC stated: “This tough decision reflects the BBC’s commitment to make more programmes across the UK and to better reflect, represent and serve all parts of the country.”

Why did Mark Jordon leave Emmerdale?

He also played two additional yet minor roles on the soap back in 1986.

Daz was a popular character but was forced off the soap in 2019 following his arrest.

Why was Mark Jordon arrested?

Mark was arrested after being accused of biting and threatening a pensioner at a pub garden.

However, he was ultimately found not guilty of affray, unlawful wounding and assault by beating.

Meanwhile, he is said to have spent thousands to clear his name in court.

Mark went on to speak of his year of hell fighting the accusations, and said he hopes to return to Emmerdale one day.

When a Twitter user said they’d love him to return to the soap, Mark replied: “I would like that too, love the crew who make it, love my friends who act in it. Great gig.”

Meanwhile, on Good Morning Britain, he spoke of how traumatic he’d found his ordeal.

He told Kate Garraway and Richard Madeley: “I might be very boring but I do have a reputation of being a good character and a nice bloke, so to suddenly be labelled something that’s quite villainous and aggressive and all these statements that get made about you, it turns your world upside down.

“There was a lot of time Laura [his partner Laura Norton] would tell me I was shouting out in my sleep, I had hives – that sounds like a little violin moment – but what I am trying to say is the stress accumulates and it comes out in ways that you don’t know.”

Mark first made a name for himself as PC Phil Bellamy on Heartbeat.

In fact, he appeared on over 300 episodes as the PC.

Is Mark Jordon married? Does he have any kids?

Now he is in a long-term relationship with Emmerdale actress Laura Norton (she plays Kerry Wyatt on the soap).

Finally, in January 2021, they announced the birth of their first child together, a son named Jesse.