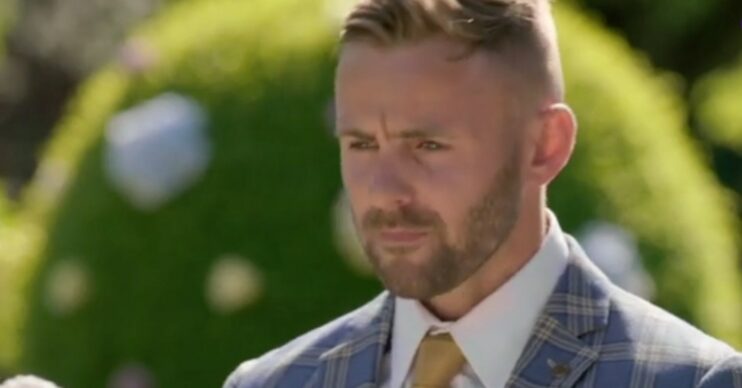 Fans of the popular dating series were prepared for another night of vow renewals, during the show’s highly anticipated finale.

However, they were instead greeted with a repeat of Wednesday’s episode.

Adam Aveling and Tayah Victoria were one of the remaining couples featured in the finale.

As the rerun episode aired on Thursday, Adam took to social media to rant.

He wrote on Instagram: “No idea what is going on.

No idea what is going on!

“What an absolute [bleep] show!”

According to The Sun, the contestant also said: “I will drop all spoilers.

“Bit of an update, heard absolutely nothing from E4/Channel 4, been waiting for this episode for 4 months and this happens and nobody tells us anything, [bleeping] shocking.

Adam has since the deleted the posts.

However, viewers of the series were just as angry.

A second wrote: “They had one job!! #MAFSUK #MarriedAtFirstSight.”

Another tweeted: “Casually waiting for @E4Tweets to get it together?! Last episode of #MAFSUK and this… haven’t dedicated 4 weeks for this to happen.”

@E4Tweets I DID NOT GET WHAT I ORDERED THIS EVENING #MAFSUK pic.twitter.com/fX2wVj8DbT

Me when First Dates comes on when I’ve been watching a black screen for 20 mins waiting for #MAFSUK final pic.twitter.com/tO6utjeH01

Watching 19 episodes only for E4 to screw up the finale #MAFSUK pic.twitter.com/mIrSdZ5jcc

A fourth added: “Waited all day for the finale and now you’ve put on Celebrity First Dates? Ok hun #MAFSUK.”

A fifth fumed: “@E4Tweets I DID NOT GET WHAT I ORDERED THIS EVENING #MAFSUK.”

In addition, one penned: “Anyone else still sitting in hope? #MAFSUK.”

When is the E4 finale on?

Meanwhile, E4 this morning confirmed that the episode will air at 9pm tonight (October 1).

MAFS Afters will then screen at 10pm on E4.

The episodes will be available on All 4 shortly after transmission.

A spokesperson for E4 explained: “Following the incident at the weekend, ongoing technical issues have meant that Thursday night’s episode of Married at First Sight UK was a repeat from Wednesday 29th September.

“We apologise to the fans of the show and have worked hard to get the episode to you this evening at 9pm.

“We hope that when you finally watch it you can find out whether Amy & Josh, Tayah & Adam and Morag & Luke renew their vows.”