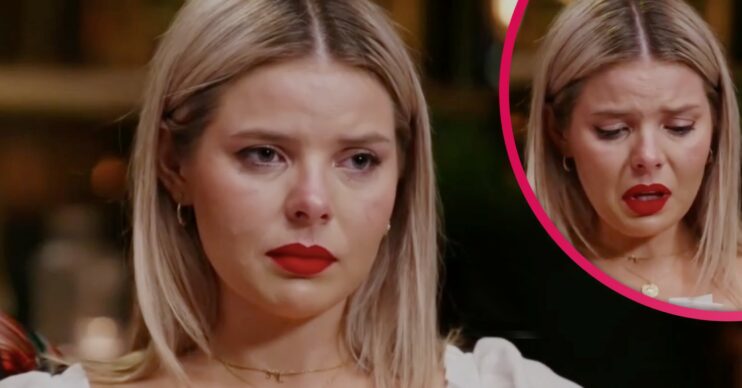 Olivia claims to have 'hit rock bottom' since filming MAFSA

MAFS Australia contestant Olivia Frazer has claimed that she’s too afraid to leave her home after being trolled online.

The reality star started to receive hate after she leaked a nude photo of Domenica to the cast of MAFSA.

Following the scandal, Olivia lost her job and has been attacked online by viewers.

Here’s how filming MAFSA has ruined the former teacher’s life, according to Olivia.

In an interview with No Filter podcast, Olivia confessed that she has ‘hit rock bottom’ since filming MAFSA.

“No one deserves it. I know that I’m not perfect, but I don’t think anyone who goes on any reality show is perfect.”

After being flooded with awful messages, Olivia finally decided to quit social media.

However, she alleges that trolls continue to harass her after being able to find her contacts through her former job as a driving instructor.

She explained: “Every time someone messages one of my loved ones something awful, I feel like I’m getting kicked back down. I’ve had death threats sent to my personal phone number and I’ve had many on my Facebook.

“Not just kids I used to teach, but parents [messaged me] to call me a pig, a delusional [bleep]… I think that was breaking point, when I started getting texts on my phone because I’d removed myself online.”

Olivia is now too afraid to leave the house on her own, claiming: “My partner has to go grocery shopping with me. When I was working, I was working from home. It’s just terrifying.

“And when I have gone out, I’ve had very few positive experiences with the public. And many awful ones – too many to count.”

Since filming the series, Olivia has opened up about how she wants live a very private life from now on, away from the TV.

She also said that she would never recommend going on MAFSA.

When asked what she would tell next year’s contestants, Olivia replied: “Don’t do it. Run. Run.”

“If you want to go on there for fame, infamy or whatever other reasons – just know there will be people on there who will play the game better than you. And it’s not worth it. It’s absolutely not worth it.”

ED! has approached Channel 4 for comment on this story.