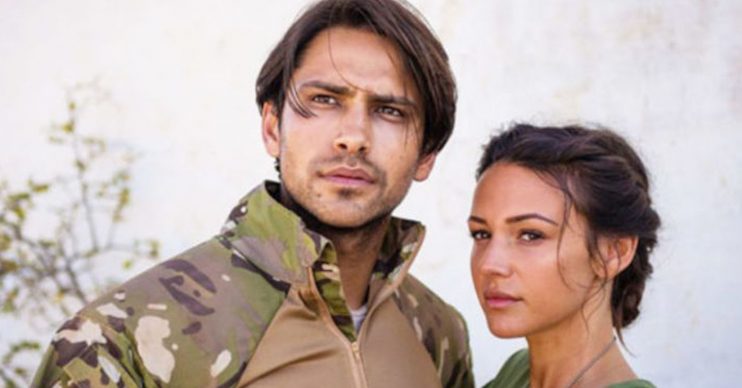 What is Luke Pasqualino up to now? Our Girl fans are missing his character Elvis Harte

Our Girl fans have missed seeing Luke Pasqualino on their screens.

It’s been three years since Elvis Harte was killed off in a bomb explosion in Afghanistan set up by terrorist Omar.

But there’s not an episode that goes by when his name isn’t mentioned by Michelle Keegan’s character Sergeant Georgie Lane.

Usurpingly, this has led many to wonder what actor Luke is up to in real life now.

Where is Luke Pasqualino up to now?

Right now, Luke is of course staying at home and self-distancing.

Shortly after lockdown was announced, he took to Instagram admitting he was shocked by those who weren’t quarantining.

He also called on his fans to follow government guidelines and “stay home”.

READ MORE: Could Elvis Harte still be alive in Our Girl?

Before that, he teamed up with Rupert Grint and Lucien Laviscount in TV series Snatch.

Although it’s been a while since he bowed out of Our Girl, he’s still in touch with his former co-stars.

In fact, back in February, he had a joint birthday celebration with Sean Sagar, who plays Monk.

What other TV shows has Luke Pasqualino been in?

In 2011, he collaborated with Kano and Ashley Walters in Top Boy.

He also played Freddie in the 2012 movie Ill Manors.

Soap fans may also recognised him from Casualty – Luke featured in the show twice in 2012 and 2016.

Who is Luke Pasqualino dating?

Luke appears to be single after his split from Versailles actress Maddison Jaizani.

The couple dated for two years and were pretty serious about each other.

However, when she relocated to Canada after landing a role in TV series Nancy Drew, the pair struggled with the distance.

Sources at the time added that there were other factors to play in the break-up too and that the pair are no longer friends.

Tellingly, they unfollowed each other on social media after the split.

Over the years, Luke has also been romantically linked to Little Mix singer Perrie Edwards and Towie star Chloe Lewis.

Do you watch Our Girl? Do you miss Luke Pasqualino’s character Elvis Harte? Visit our Facebook page @EntertainmentDailyFix and let us know what you think of this story.