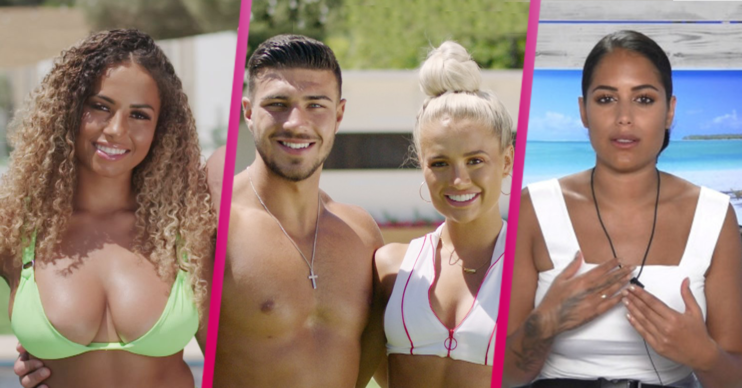 Love Island UK: The most explosive moments – from meltdowns to bitter feuds

Many moments on the ITV2 show have left viewers shocked

With the new series of Love Island UK hitting our screens on June 28, we’re in for a much-needed summer of hot gossip, hook-ups and plenty of grafting.

To get you in the mood, we’ve put together our top five explosive moments from the last six series.

And, just like the Love Island weather, there are some sizzlers in here!

Malin and Terry clashing has become an iconic moment of series two and is one of the biggest arguments Love Island UK has ever seen.

In 2016, Malin Andersson was evicted from the villa and she watched from home as her boyfriend Terry Walsh cracked on with new girl Emma-Jane Woodham.

Read more: Where is the Love Island villa and can you rent it out?

In a shocking twist, producers sent Malin back into the villa to confront cheating Terry. This led to a dramatic confrontation.

But, far from apologising, Terry told Malin that Emma was “the best thing that’s happened to him in there.” He then branded her an “idiot” who couldn’t deal with him not wanting her.

Malin accused Terry of “mugging her off” and accused his new fling Emma of “playing a game with him”.

Alex and Zara have sex in the hideaway – series 2

It came as unexpected development when Alex Bowen and former Miss Great Britain Zara Holland shared a night on passion in the hideaway.

Fellow islander Olivia Buckland, who is now married to Alex, shared her upset over the pair’s date. And their decision to spend the night together caused ructions throughout the villa.

It also cost Zara, 25, her Miss Great Britain title after organisers stripped her of the crown.

The organisers said they had “no problem with sex” but said they could not condone her relationship with a 24-year-old scaffolder.

Zara later said the intimate moment “destroyed her life” as she was known as the girl who had sex on TV.

Wes Nelson and Laura Anderson were together from the very beginning of the show in 2018. They consistently chose each other in the recouplings; Wes even admitted he was falling for her.

That was until minx Megan Barton-Hanson decided she was going to steal him away. She lured him onto the balcony, and the former stripper begged him to leave Laura and kiss her.

Read more: Who is the richest Love Islander as new series approaches?

Wes confided in Megan that he was having doubts about Laura.

This led to an explosive row for Laura and Wes; she told him the relationship was over and called Megan a “[bleep]ing [bleep].”

Wes and Megan’s romance blossomed off-screen, but the pair broke up in January 2019. It was rumoured that Wes was cheating on her with hisDancing on Ice partner Vanessa Bauer.

In series five, Michael and Amber seemed like contenders to win the £50k prize. The beauty therapist kept her guard up to begin with.

But she finally let firefighter Michael in and the pair seemed stronger than ever before Casa Amor.

While Amber stayed true to Michael during her time away from the villa, his head was quickly turned by Londoner Joanne Chimonides, who he chose over Amber.

While viewers were shocked by Michael’s decision to recouple with Joanne, Amber, 23, put on a brave face by laughing and calling Joanne a “dead ting”.

Tempers flared after boxer Tommy enjoyed a cosy date with Irish beauty Maura. The pair immediately hit it off, must to the dismay of Molly-Mae, who was watching from the balcony villa.

She confronted Tommy in the bedroom and raged: “Don’t sit there with me on the day beds and act like everything’s fine.”

He responded: “Right now, the way you’re acting, it’s like you’re in love with me.”

Tommy decided to choose Molly over Maura, and the pair came second in the 2019 series and now live together in a swanky Cheshire pad.

These days Molly is best pals with Maura and recently comforted her after her break up with Love Island UK alumni Chris Taylor.

Love Island is back on ITV2 this month.