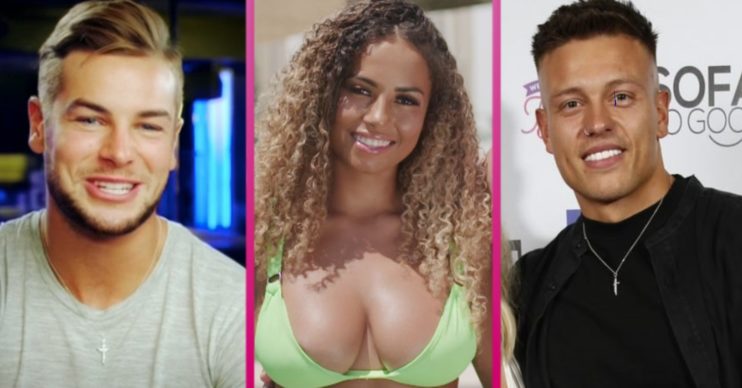 Love Island: Who is the richest ex-islander as series gears up for return?

Love Island is back on our screens soon, and it’s got us reminiscing about former islanders – and which one of them is the richest!

While some go on to become full-blown reality stars, others fade away without fanfare.

But which contestants have managed to make the most of their fame?

Love Island: Who is the richest islander?

Alex Bowen and Olivia Buckland have a net worth of around £4.4 million, and easily take the title of the richest Love Island stars.

The loved-up pair found each other on the show, and went on to become one of the most beloved couples across the franchise.

The couple earn thousands for a sponsored Instagram post, and they landed a £1m clothing line contract with Exempt Society.

They also had their own TV show on TLC, and have had numerous lucrative magazine deals.

In a not too shabby second place is Dani Dyer with a cool £2.2m.

The daughter of actor Danny Dyer, she quickly became a favourite on the show when she paired with Jack Fincham.

Since leaving the show the pair broke up, but Dani’s kept the money rolling in.

She landed deals with Cadbury and In The Syle, and charges up to £15,000 for an Instagram post.

Dani also signed a book deal and released a “guide to living your best life” in 2019.

In third place is 2019 winner Amber Gill, who is now worth around £2m.

Initially not a favourite with fans, Amber managed to work her way up to the top and win the prize money.

Soon after winning she bagged a £1m deal with Miss Pap.

She’s thought to have made the rest of her cash from social media ventures.

Who else is on the richest Love Island contestant list?

In fourth place is Megan Barton-Hanson, who proved to be one of the show’s most controversial figures.

Since leaving she became a sponsor for Pretty Little Things, and bagged herself two million Instagram followers to match her £2m fortune.

She’s also an ambassador for lingerie shop Ann Summers and runs a successful Only Fans account.

In fifth place is Amber Davies.

She decided to pursue her passion for acting, and ended up scoring a role in West End musical 9 to 5.

Amber also partnered with Motel Rocks, who paid her a whopping £500,000 in return.

Next up, Kem Cetinay and Jesy Nelson’s ex Chris Hughes share the sixth spot. They may not be a couple, but they certainly are a double act.

They were best pals on the show, and have been inseparable ever since.

The pair are both worth around £1.4m.

While Kem bagged a role on Dancing On Ice, Chris scored partnerships with TopShop and Carphone Warehouse.