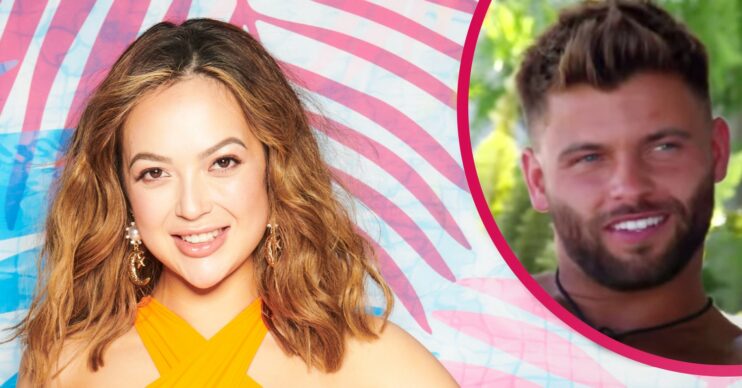 Love Island: These white jeans memes are the winners of launch night

Sharon, Shannon, Kaz, Liberty and Faye were the first to enter the villa. Host Laura Whitmore soon showed up and asked the girls to get ready to meet the boys.

She asked the girls what her biggest turn-off is and Sharon responded saying: “White jeans and an ego” leaving everyone in fits of laughter.

Read more: Love Island: Most Popular contestants ever revealed – and the winner is a bit of a shock tbf!

Laura asked why white jeans and the 25-year-old responded: “It takes a type of guy to pull them off. Every guy who wears white jeans is bringing an ego. It’s just a no from me.”

And it seems the white jeans have already become the hilarious new joke on Twitter, with people creating a bunch of memes.

So here are some of the best ones. Enjoy!

Love Island: These white jeans memes are the winners of episode one

that one boy who comes in with 5 pairs of white jeans packed :#LoveIsland pic.twitter.com/WHet2GQeZT

A few viewers made jokes about Primark making merch about hating white jeans and burning their stock of white jeans.

Later Jake entered the villa and Liberty stepped forward for him and he chose to coupe up with her.

When Laura asked Sharon why she didn’t step forward for him, she said she felt like he’s the type of guy who owns a pair of white jeans.

Jake hit back saying: “It’s a good job I haven’t got any in my suitcase then, isn’t it?”

Of course, people had to make memes out of the hilarious moment.

Sharon to Jake: "Why do I feel like you're the type of guy to own a pair of white jeans"
Jake: #LoveIsland pic.twitter.com/eW9apaYSRe

Jake burning all of his white jeans as SOON as he gets the chance #LoveIsland pic.twitter.com/A2uG0iOL6q

Of course some fans were quick to point out that many of the male former Love Island contestants wore white jeans on the show.

Laura: what do you avoid?
Sharon: white jeans and an ego
All the guys entering the #LoveIsland villa: pic.twitter.com/aFqclNHftP

White Jeans is the bloody uniform on this show! #LoveIsland

Is it over for white jeans?

Despite the comments and the memes, it looks like white jeans has actually become more popular.

According to PrettyLittleThing they are set to become one of the biggest trends this summer as demand has spiked 627% in the past month and is already up 67% on last year.

Want more Love Island? Entertainment Daily has a dedicated Love Island section for you to get your fix before the latest episodes air.