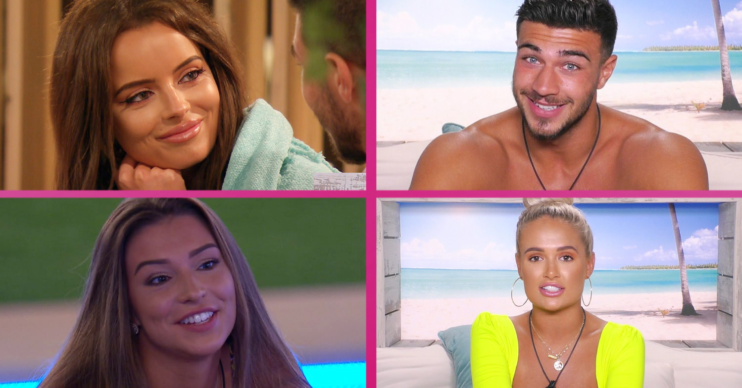 Love Island: Most popular contestants ever revealed – and the winner is a bit of a shock tbf!

If you’re a Love Island fan, you’re probably guilty of having a sneaky cyber stalk of your favourite contestants at some point.

Ahead of the new series starting on ITV2 today (June 28), new research has revealed who are the most searched for stars of previous seasons, with many contestants getting tens of thousands of hits on their name each month.

The new research looked at Google search data to reveal who the top 10 most searched for Islanders were.

And you may well be surprised by the winner!

Coming in third place is season 5’s Tommy Fury, with an estimated 76,000 searches globally for his name being done each month.

The professional boxer and reality TV star moved in with his love Molly-Mae Hague after his time on the island in 2019.

Almost two years later the pair are still together, which is an eternity in the world of reality TV.

In runner up slot is Maura Higgins, also from season five, who has a total of around 88,000 around the world searching for her name each month.

Maura entered the villa on day ten of the competition in 2019 and fast became one of the series stand-out contestants with her witty one-liners and straight-up sex talk (remember ‘fanny flutters’?).

Who is the most popular of all Love Island contestants?

Winning the prize of most popular Love Island contestant was Zara McDermott.

The season four beauty left the competition after 25 days in the villa, but clearly won over the hearts of the public anyway, getting an impressive 95,000 hits on her name each month.

Most people are searching for nudes of the contestants.

The research (which was conducted by Top10Casinos.com) found that many of the searchers were looking for nudes of the contestants, with it being one of the most popular search terms across the contestants.

See the full list of most popular Love Island contestants and their total monthly global searches below:

Who’s your favourite from all the Love Island contestants? Tell us on our Facebook page @EntertainmentDailyFix.