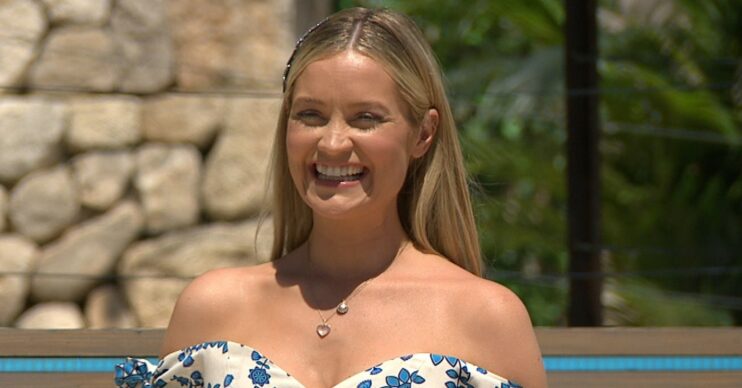 The ITV2 reality series was previously cancelled last year due to the pandemic.

And it appears show bosses are doing everything they can to ensure contestants are adhering to new measures.

Laura appeared on GMB ahead of the launch episode tonight (June 28).

Opening up on the restrictions on set, she told Richard Arnold: “They’re all in a bubble together.

“The Islanders have been out there for two weeks beforehand. I feel like all of Majorca is going to be the cast of Love Island.”

They’re all in a bubble together

Furthermore, Laura explained that she’s not part of the main bubble in the villa.

She continued: “I’m not going to be in the villa at all. So everything I do will be done outside the villa, or by the pool or by the firepit.

“So we stick to the rules that way.”

In addition, the host shared: “Nobody goes on that show without going through so many different interview processes and checking that everyone is OK.

“So that we look after the people we love.”

Meanwhile, former Islander Megan Barton Hanson has urged this year’s contestants to have ‘fun’ in the villa.

The reality star, who appeared in the villa in 2018, hopes the Islanders won’t be afraid to get frisky.

During her time on the show, Megan famously bedded Eyal Booker before moving on to Wes Nelson.

Speaking to the MailOnline, Megan said: “I hope they just go out there and enjoy themselves.

Furthermore, Megan shared: “The rest of us can live through them because there’s not much chance of us getting a holiday.”

Love Island news: How to listen to the show’s official podcast

Furthermore, Love Island: The Morning After podcast is returning for a third series.

The podcast, starring Kem Cetinay and Arielle Free, will feature gossip straight from the villa plus special guests.

Find it on Global Player and each morning on the ITV Hub.