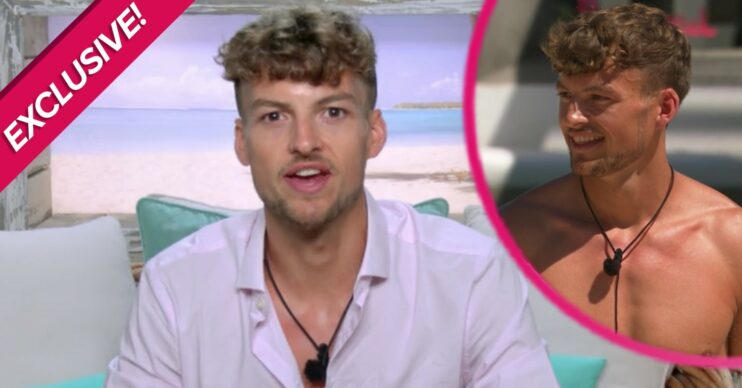 There's nothing wrong with a nice boy!

After being snubbed on the first coupling, Hugo was eventually left with a choice between Sharon and Kaz Kamwi.

But while the PE teacher was eager to give things a go with the beauty queen, she didn’t appear as keen.

According to Sharon, the former cricketer is ‘too shy’.

But is that really an excuse to turn down a guy?

Here, Entertainment Daily speaks to relationship guru, Tina Wilson, to find out exactly why women are so attracted to bad boys.

Hugo Hammond on Love Island: Why are women attracted to bad boys?

Tina told ED!: “Being attracted to a bad boy usually happens when a women is younger with less experience, as with more experience some of the things that are attractive and exciting, will become exactly the things that will be avoided.

“Bad boy brings a volatile unknown energy which is exciting and anxiety inducing, but it is never boring.

“Their inner confidence and charm along with the lack of caring what others think is addictive. A bad boy encompasses all aspects of traits we as humans wish we’d possess.”

Furthermore, Tina said: “The polite good boys, with a strong moral compass can be seen as weak.

But where does that leave the good eggs?

The relationship expert added: “Bad boys are good for short term but rarely last. Good boys have a slower burn but a better long term prospect of a deeper happiness.

Hugo has a good moral compass and politeness

“The bad boy phase is something that many woman go through, and then realise that all of the excitement and things they love in the bad boy, will be exactly the things they do not want.

“That’s when the good boys swoop in and become a very attractive proposition and can stand in their power and their positive traits will be recognised.”

Was Sharon wrong to turn down Hugo?

“Sharon’s opinion of Hugo says more about herself than Hugo, as most opinions do,” she explained.

“Hugo has a good moral compass and politeness that is recognised within people like him.

“Whilst Sharon finds him too nice, it’s probably something she would appreciate later in life, when she learns a few lessons.”

So, should women be more open to dating good guys in the future?

The founder of Wingman insisted: “Yes 100%, give everyone a chance when the red flags come up then run!”