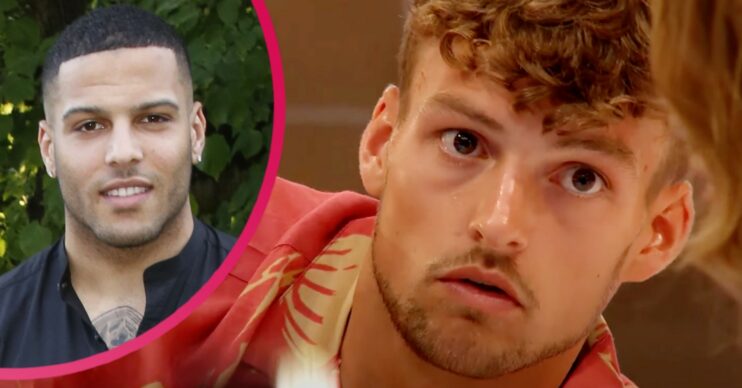 All the gossip straight from the ITV2 show...

The 26-year-old footballer appeared on the first series of the ITV2 show in 2014.

After welcoming a daughter with Love Island co-star Cally Jane Beech in 2016, Luis is set to become a dad again.

Luis announced the exciting news with fans on Instagram.

The former contestant posted a shot of a baby scan, alongside two baby grows.

One baby grow read ‘I love Daddy’, while the other said ‘I love Mummy’.

Meanwhile, Luis captioned the post: “2021 turned out alright then! Can’t wait to meet you. Our little blessing…”

The Islander is already a proud dad to daughter Vienna, four, with ex-girlfriend Cally.

They couple, who made it to the finale, continued to date for three years after the show.

What happens on tonight’s show?

Meanwhile, Love Island viewers will be treated to another dramatic episode tonight (July 6).

During the episode, tensions reach boiling point for Faye following a challenge.

Liberty receives a text saying: “Islanders, it’s time to find out how well you really know your other half in today’s couples’ challenge.”

However, Hugo puts his foot in at during a round based on biggest turn-offs.

Revealing his perfect type, he admits: “Leggy blonde. Not fake.”

The confession causes a stir with Faye, who immediately lashes out.

Later on, an emotional Hugo says: “I didn’t mean anything malicious did I?”

Sharon responds: “I think I was just annoyed as a mate, I respect him enough to say to him, what you’re saying is upsetting me.”

But will the Islanders patch things up?

The newbies, Millie and Lucinda, make their entrances whilst the girls are out at brunch.

And they certainly rustle a few feathers!

As well as being the show’s voice over, the comedian is also married to host Laura Whitmore.

Cut them a bit of slack

He said: “Cut them a bit of slack, and realise that they’re just on an entertainment show, for our entertainment. So enjoy Love Island, and love them.

“Some stuff can just be fun. That’s not being, you know, flippant. I think that’s important. I think it’s important that people should be told, ‘Just put this on for an hour. Be nosy. Be a little gossip. And have fun. Be nice. Don’t be horrible to anyone’.”

Love Island, tonight at 9pm on ITV2 and ITV Hub.