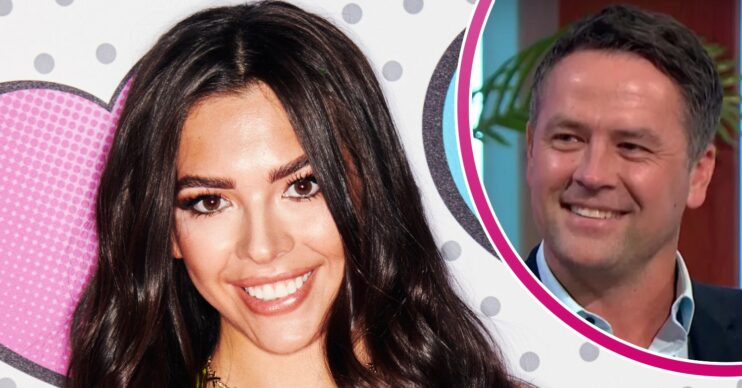 Gemma is coupled up with Luca Bish

A Love Island first look has revealed tonight is meet the parents night.

As the Islanders nervously await their family and friends’ verdict on their pairings, what will Gemma‘s family say about Luca?

What does Gemma Owen’s dad really think of her stint on Love Island?

It’s her mum, Louise, and friend Sarah who arrive in the villa.

But Louise has a message from Gemma’s dad, footballer Michael Owen.

She also says of the family: “They’re all loving watching you, they’re missing you like mad.”

In Italian, Nadia tells Davide: “You’re doing well and you’re being yourself.

“Dad’s also watching and sends his regards. He doesn’t understand much of the English! In Italy everyone has been watching you.”

Davide points out Ekin-Su is an actress, but his mum reassures him: “I can see she is being sincere. The way she looks at you, she is head over heels.”

Ekin-Su’s mum and brother also join the couple with her brother, Arda telling Davide: “I’ve never seen my sister look at a guy the way she looks at you.

“Clearly there’s something she sees in you. She’s my sister, she deserves the best, she really does, I’m not just saying that. I hope you’re willing to give her the best.”

Read more: Is Alex Scott single after being linked to Corrie star?

Meanwhile, Dami is in trouble with Indiyah’s family – and his own – for his behaviour in Casa Amor. And neither Indiyah’s mum nor sister are in a forgiving mood, telling her: “He’s not been cleared yet”.

Tasha and Andrew’s families can see the couple are smitten with each other.

And Adam’s dad is pretty impressed with Paige, but how will her mum feel about him?

Who will be evicted from Love Island?

From the highs of the family visits to the lows of an eviction as the couples all gather around the fire pit.

They are told one by one who is at risk and who is safe after they voted for the least compatible couple.

Who will be biding farewell? And who will make it to the Love Island final?