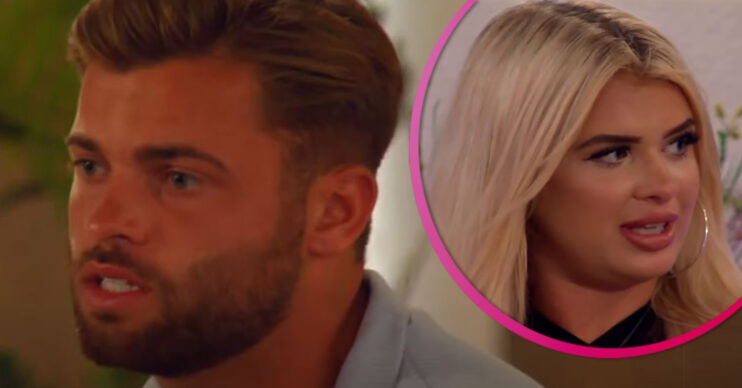 Jake has been under fire recently

The father of Love Island star Jake Cornish has defended his son and insisted he’s “not intelligent enough” to have a game plan.

Jake has come under fire recently by both viewers and some of his fellow Islanders after he dropped the L-bomb to girlfriend Liberty.

After a turbulent week for the couple, some people slammed the timing of Jake’s declaration of love and suggested there was a motive behind it.

Some viewers accused Jake of using Liberty to bag the £50,000 prize pot.

Speaking to Bristol Live, Mark said: “What you see on telly is Jake. There is no motive.

“He is genuine but he speaks before he thinks, so when you see him on the telly saying things, it’s because it’s coming from his heart and he’s just a nice lad.”

Mark added: “They just see him on the telly and think that he’s in it for the money or he’s a bit of a, you know, bit of a snake and you know, I’m not being horrible to Jake but he’s not intelligent enough to have a game plan.”

Things started to become rocky between Jake and Liberty after footage was shown to the Islanders of Jake appearing to encourage the boys to ‘cheat’ in Casa Amor.

He said he wanted Kaz and Lib to have their own moment together.

Liberty then began questioning their relationship, and asked Jake if he was playing up to the cameras.

What happens on the show tonight?

Meanwhile, on tonight’s show, Faye lashes out at Jake as she defends “down to earth” and “genuine” Liberty.

She shouts at Jake: “She is the most genuine person I’ve ever come across in here.

“And you, outside or in, are a different person and you’re [bleep] me off now. I’m so far done with you Jake it’s unreal.”