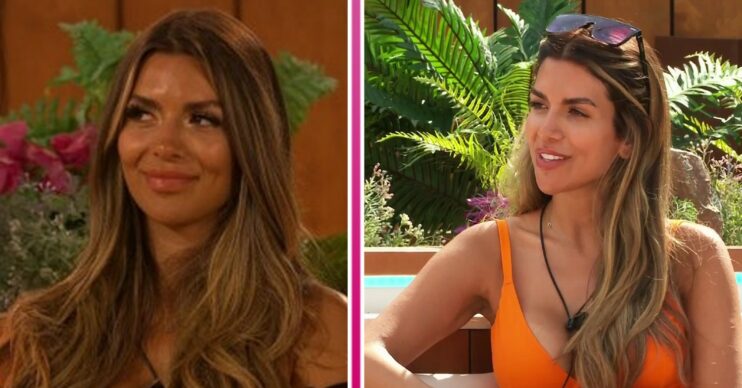 Love Island spoilers: Ekin-Su gets emotional as she talks baby plans with Davide

The couple are moving fast!

The Love Islander has been talking about the idea of having babies in the future and she’s eyeing up Davide as Daddy material.

In tonight’s episode, fresh from becoming official with Davide, Ekin-Su is already thinking about her future.

In one sweet moment, Ekin-Su stands alongside Tasha on the terrace as the pair chat about life after the villa.

Ekin-Su thinks about her and Davide, as she says: “This place is magical. If we have kids I want to take them here.”

An excited Tasha gushed: “Oh my god it’d be like, ‘This is where I met your dad!'”

Tasha laughs: “Why are we crying right now?!”

Baby plans could well be on the cards for this loved up pair, who finally became exclusive in last night’s episode (July 24).

They’ve had ups and downs on this series but they are officially loved up. And the fans were SO pleased to see it.

As the pair coupled up, one viewer gushed: “Davide is the sweetest man in that villa. Him and Ekin are my winners.”

Another celebrated the news: “Ekin and Davide!!! They’re finally exclusive.”

Despite being one of the most turbulent relationships, fans are so pleased for the pair they’re already calling them as the winners of the series.

One fan tweeted: “If Ekin Su and Davide do not win we riot!”

The finale episode is over a week away and if Ekin-Su and Davide do win they could take home £50k between them.

Did they or didn’t they?

Eagle-eyed viewers think they may have spotted evidence that Ekin-Su and Davide finally did the deed after becoming exclusive.

Sunday night saw Ekin-Su wake up next to Davide with a pretty suspect bedhead hair style, and viewers were quick to speculate.

Another joked: “Ekin-Su hair. Mum and Dad are bad people”.

“LMAO someone please make a gif of Ekin-Su in bed with messy hair and sunglasses on smiling,” laughed a third.

Whether they did or not, Ekin-Su looked smug as she sat sporting sunglasses and her wild mane next to her beau.